The Creepy History of the Eastern State Hospital

Understanding the history behind superstition surrounding the Eastern State Hospital. 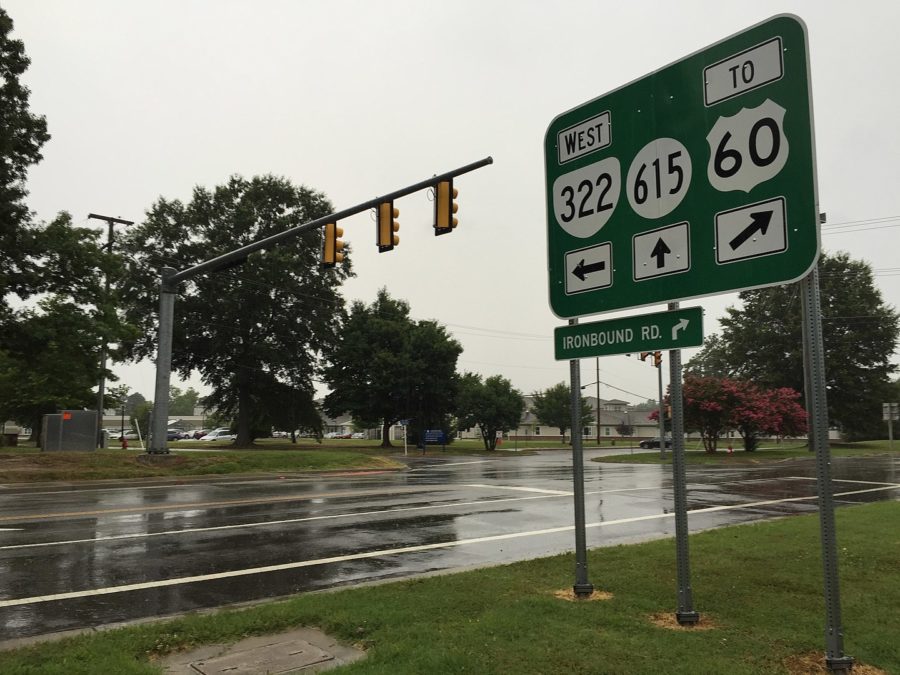 The intersection of Richmond Road and Ironbound that leads to the main entrance of the rumored home of spooks and ghosts.

Ever since its initial construction in 1773, the citizens of Williamsburg have been wary of the Eastern State Hospital. Originally conceived as an idea in 1766 by Governor Francis Fauquier, Williamsburg’s very own Eastern State Hospital was the very first facility in the U.S. built specifically to take care of the mentally ill, who were previously seen and treated as entertainment for the masses. Unfortunately, Governor Fauquier passed away in 1768 before construction of the hospital began in 1770 under Governor Botetourt. The Hospital was completed in 1777 and immediately admitted 36 patients, but public opinion of the facility was shaky at best.

As published in the Journal of EBENEZER HAZARD’S Journey to the South, 1778 – Original Ms. in Historical Society of Pennsylvania), in 1778, Ebenezer Hazard stopped in Williamsburg and wrote in his journal “The Mad House is a three Story Building, but as I did not choose to have my Humanity shocked by a sight of its wretched Inhabitants, I did not go into it.” Citizens of Williamsburg also wrote to Governor Nelson in 1781 about the terrible conditions of the hospital, reporting the patients as not having clothes or provisions. 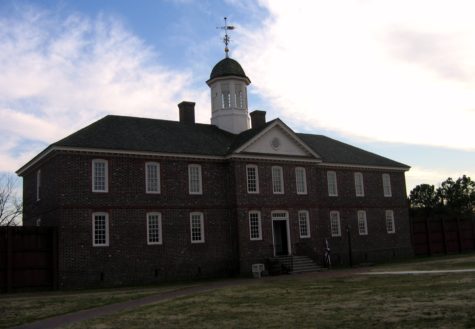 In 1835, Dr. John Galt was made Superintendent. Galt was responsible for much of the reform surrounding the care and treatment of the clinically insane, having advocated for patients to be treated with human dignity and given basic rights and respect, also doing away with restraints and instead using medication. He also allowed African-American patients to be treated alongside and with the same level of care as whites. He greatly expanded the facilities and allowed many more patients to be transferred in while also being given a small house on the property specifically for the superintendent. Issues with Galt came when he tried to put into place a system he thought would help “cure” the patients, in which they would be allowed to live under supervision in the surrounding communities to adapt to everyday life. This was strongly opposed by everyone in power for fear of what the patients would do when given the freedom to act on their own. Galt tried three times to put these practices in place but was denied by the Hospital’s Board of Directors all three times, sending him into a deep depression that unfortunately ended with him taking his own life during the Civil War; the aftermath of which reverted the Hospital almost entirely back to the pre-Galt era. The Hospital managed to carry on, despite the hatred of the citizens, as it was still something necessary, but the patients were back to being locked up most of the time, keeping the people’s fear at bay as the transition into the 20th century led to the resurgence of Dr. Galt’s Moral Management, eventually becoming the standard treatment for those in the business.

Between the years of 1937 and 1968, the Rockefeller restoration of Colonial Williamsburg ensued and it was decided that the hospital and all of its patients were unfit to stay in the middle of what was now a tourist hotspot. The 2000 inhabitants of the hospital were slowly moved to a newly constructed facility on Dunbar Farms, where we see the hospital today, while the old hospital was reconstructed and made into a museum.

Today the hospital is often the subject of rumors among the city’s youth. In an interview with local Lafayette High School student Jacob Rhodes, he was recording as saying: “I heard that there are demons and ghosts in there,”a story not uncommon nowadays, especially around these spooky autumn months.

Over the past 250 years we as a society have taken very few steps towards the acceptance of the clinically insane–other than putting them into hospitals in the first place–still believing them to be something that should be feared rather than people that should be helped. The only difference is that now said fear takes the form of stories and superstitions, whereas before they were treated with open hostility.