IT Chapter Two: A Grand Conclusion

You may never look at a red balloon the same way again... 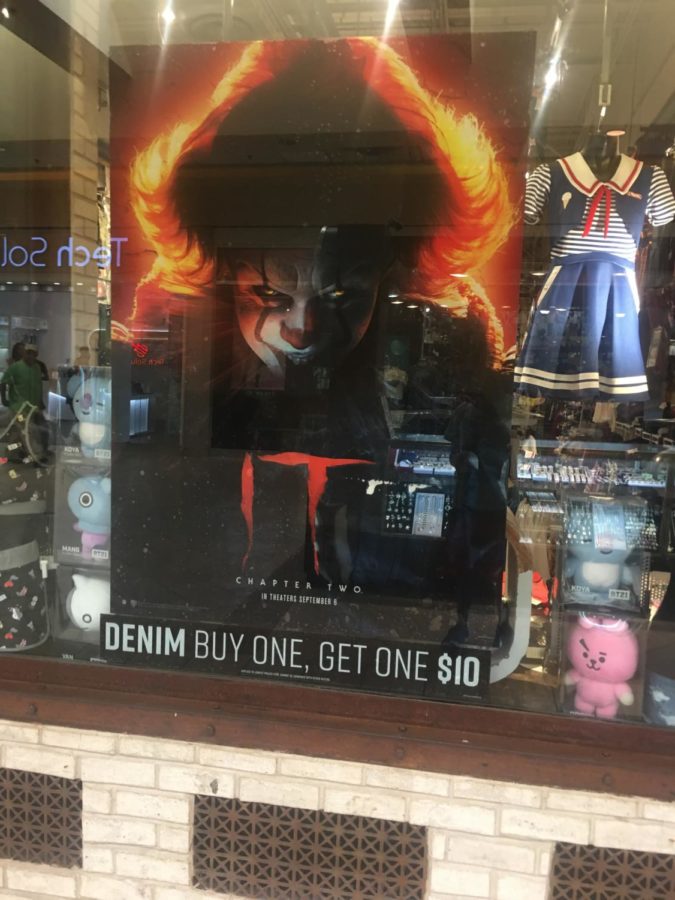 The long-waited movie has finally come from the sewers.

For 27 years, Pennywise has waited. However, we only had to wait 2 years. Now we must ask, is it worth seeing in theaters? “IT Chapter One” was a success critically and financially with many good reviews and over $700 million in the box office. But how does “IT Chapter Two” measure up to its predecessor?

The sequel takes place about 27 years after the events of IT.  The Losers Club must return  to fight Pennywise and finish him once and for all. Mike calls Bill, Beverly, Ben, Stanley, Eddie and Richie telling them that the killer clown, Pennywise, is causing havoc to what seems to be the cursed town of Derry. Directed by the visionary mind of Andy Muschietti, the movie has an incredible cast with the likes of James McAvoy as Bill, Jessica Chastian as Beverly, Bill Hader as Richie, Isaiah Mustafa as Mike, Jay Ryan as Ben, James Ransone as Eddie, and Bill Skarsgard as Pennywise the dancing clown.

The is a very long but enjoyable film. It is a strong second half to the first because of how well the movies flow together. James Ransone and Bill Hader bring very humorous material to the horror film and do it in a very satisfying way. Yet again, Skarsgard brings the character of Pennywise to an iconic level, as you believe that Skarsgard is Pennywise. The emotional level of this film hits home as the movie is about their story of coming together to defeat Pennywise before he causes any more harm. Once the movie gets to a point of where the characters are by themselves, you really feel the time passing by because of the lack of content those scenes added to character development and to the story.

This movie could have worked better as a shorter movie, many scenes could have been cut. However,When the Losers are together in a scene, that is when the movie really shines. The actors have great chemistry and act like they have really known each other for thirty years. The soundtrack of the movie is very fitting as well. It is one of the best features of the movie and can make you scared with the music alone. The CGI at points make this movie a little ugly, but it only had a $70 million budget.

Fans of Stephen King’s stories will very much enjoy this massive cinematic achievement. The scale of this movie has shades of Avengers: Endgame, as the movie is the finale of this story. Although the story comes to an end in Chapter Two, the director has made it clear that he is interested in a prequel, involving Pennywise.

This series of movies would be a perfect Halloween movie to watch, with its great spooks and plenty of enjoyment. “IT Chapter Two” shows a ton of heart and emotion, very similar to the first movie. The incredible cast and great performances is what will earn this movie money and success. Though fine to see in theaters, but I would recommend seeing the first movie right before to have a better understanding of the context and history. I believe that the first chapter is better, as that movie can stand out as a stand alone movie. I would give this movie as a standalone, a 7/10, which is above average for a movie, but if both movies were combined (A super-cut for both movies is in the talks right now with the director), a 9/10.