The results of the NBA draft lottery have a lasting effect on the season ahead, and many teams' trajectories 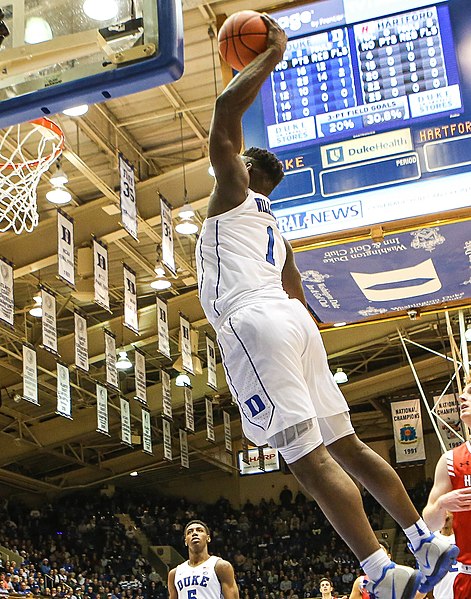 Zion Williamson will be selected first in the NBA draft by the New Orleans Pelicans.

The NBA draft is every team’s chance at getting an elite, young player. Teams will spend a whole season losing games on purpose in order to get a high pick in this draft. The 2019 NBA draft lottery was the most important part of the year for many teams, as Zion Williamson is the prize for the winner of the lottery. This generational player could help change a franchise immediately, while other stars like Ja Morant and RJ Barret could be great, young additions to struggling teams.

Going into the NBA lottery, teams were given different chances to get first pick in the draft. The teams with the worst records were given the highest chances to win the lottery. The Knicks, Cavaliers, and Suns all boasted a 14% chance, with the Bulls close behind at a 12.5% chance. These teams had struggled all year, and some saw this draft as their only way to rebuild their organization. The Hawks were given a 10.5% chance, and trailing them were the Wizards with a 9% chance. Although the Hawks have young talent and the Wizards have multiple stars, they could’ve both complimented their stars with playing alongside Zion, or they could’ve traded Zion to bring another star to their organization.

A lot of teams had lower, but still very feasible, chances to get the first pick in the draft. The Pelicans, Grizzlies, and Mavericks were all awarded a 6% chance of attaining Zion. The Timberwolves had a 3% chance, and right behind them the Lakers had a 2% chance. Lastly, the Hornets, Kings, and Heat all had a minuscule chance of 1%. If the Sacramento Kings got the first pick, it would go to Philadelphia, while any other pick would go to the Boston Celtics. 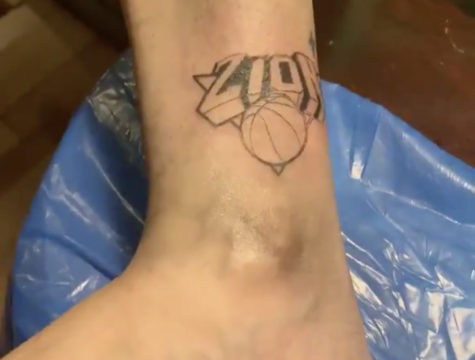 A Knicks fan got a tattoo of Zion and the Knicks logo, which didn’t age well.

On lottery day, every team forgot about their percentages. They were only focused on the fact that they had a chance, and many were already deciding what to do if they did win. Zion Williamson arrived at the NBA lottery, wondering where he would spend the next chapter of his basketball career. It was rumored that he wanted to go to the New York Knicks and help build that program back to its former glory. Even fans were preparing to receive the first pick, with one New Yorker getting a tattoo of Zion and the Knicks logo on their foot. Everyone was anxious, because they all knew that this draft could change the NBA forever.

Many teams were let down almost immediately. The first team to be called was the Kings, giving them the 14th pick of the draft, which Boston would receive through a trade. Second, the Heat’s 1% chances were reflected, as they received the 13th pick. After this, the Hornets were called, giving them the 12th pick in the draft. Next, the Timberwolves were called for the 11th pick and the Mavericks were given the 10th pick. Although the Mavericks gained the 10th pick, it was actually received by the Hawks, who had traded to get their spot. Now that the top 10 were left, teams became much more hopeful in their chances. The Washington Wizards were expected to have the 7th pick but instead dropped down to the 9th pick. Along with attaining the 10th pick from the Mavericks, the Hawks also got the 8th pick from their odds in the draft. Then, something extremely unexpected happened. The Chicago Bulls received the 7th pick of the NBA draft. The Bulls had the fourth best chance of getting the 1st pick, yet they dropped down to the 7th, which had a 16% chance of happening.

An ESPN analyst, Stephen A. Smith, is in shock that the Knicks didn’t get the first pick.

Over halfway through the draft, with 6 picks remaining, the teams left were the Knicks, Lakers, Grizzlies, Suns, Pelicans, and Cavaliers. The fans were now getting very excited, especially the Lakers fans. The Lakers were thought to have had almost no chance of making it this far, but the near impossible was happening. As the host got up on the stage and went to the microphone, everyone went silent. The Phoenix Suns, who were tied with the highest chance of attaining the first pick, were called for the 6th pick. Soon after the Sun’s disappointment, the Cleveland Cavaliers were given the 5th pick of the draft. 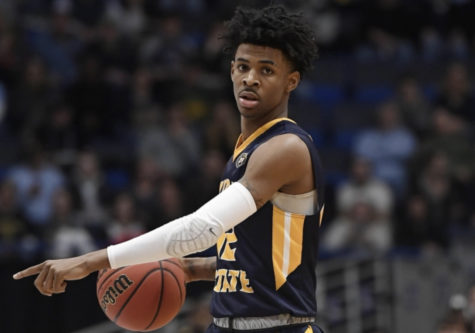 The Grizzlies will most likely select Ja Morant (pictured above) for the second pick of the NBA draft.

Two of the three teams that had the highest chances of winning the lottery were out. Everyone thought that the winner was obvious now. Fans of the New York Knicks became very rowdy and began cheering as the next pick was called. The Los Angeles Lakers were then given the 4th pick in the draft, which was a win for them. The next event completely destroyed the whole purpose of a season and everyone was stunned. The New York Knicks attained the 3rd pick of the NBA draft, leaving just the Grizzlies and Pelicans. The host got up to the microphone for the last time that night, and read out the name of the team that would get the 2nd pick. The Grizzlies were called, and the Pelicans had somehow won the NBA lottery for the 1st pick of the draft. Zion now knew where he was going to spend the next couple of years playing basketball. 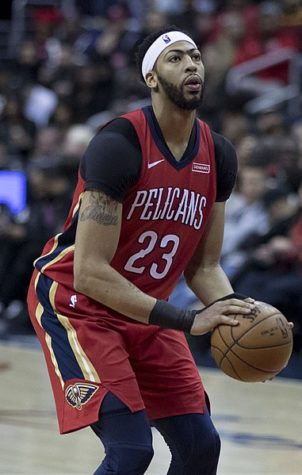 Keith AllisonThe Pelicans could convince Anthony Davis to stay now that they will draft Zion, or they could make a huge trade.

After the draft lottery, different rumors surrounded the NBA. People wondered if it had been rigged or if Zion wanted to play in New Orleans. All of these rumors were obviously fake, but they are just proof of how big this event was for the NBA. As the new players are picked in the NBA draft in June, we will find out how teams will utilize their picks. One thing is certain though, this NBA lottery has changed the NBA forever.