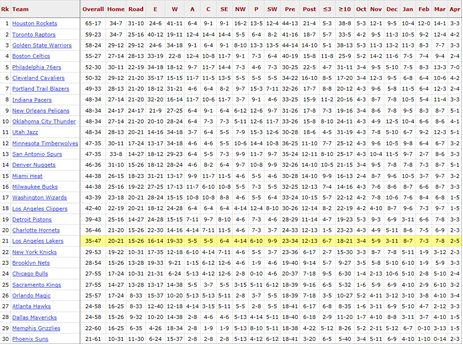 NBA standings during All-Star weekend show what teams are in position to make a playoff run.

Join George Haramis and Christian Hankins in their second NBA podcast as they recap and debate the most interesting topics in the NBA 2018-2019 season. The two will be accompanied by three guests David Berry, Jarel White, and Preston Ruescher to help them conquer the newest topics in NBA news. Some of the newest topic like the All-Star weekend recap and the all-star game where team Giannis faced off against team LeBron and team LeBron came up on top with his teammate Kevin Durant winning the all-star MVP. We will also be discussing the race for Most-Valuable Player for this year and the former MVP James Harden is in the discussion as well as the leader of the Bucks Giannis Antetokounmpo and the all-star Paul George of the Oklahoma City Thunder. Where will Anthony Davis go during his free agency? Find out all the details in the second edition of the NBA Podcast.