A brief history of America's Favorite Pastime on the island of Puerto Rico. 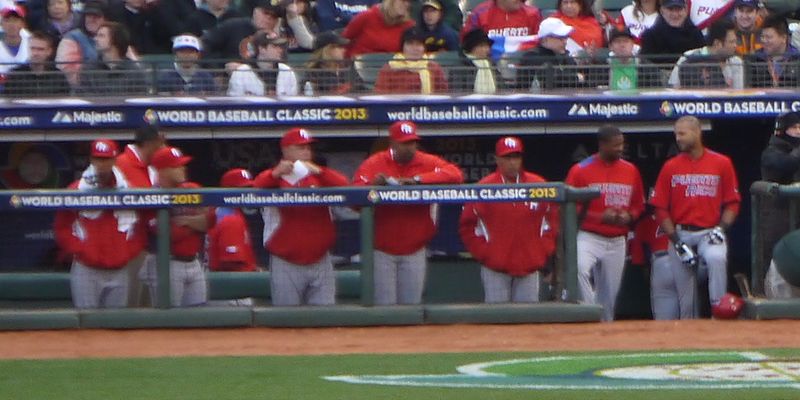 Puerto Rico has been under Untied States control since 1898, so naturally American culture has blended into the unique island culture. Baseball has been one of the most popular sports in Puerto Rico since the Americans took the island. Since then, hundreds of Puerto Ricans have made their way into the Major Leagues and the island has become a hot spot for baseball prospects.

The first Puerto Rican to play in the Major Leagues was pitcher Hiram Bithorn of the Chicago Cubs. He had a very short, 4 year career. He lead the league in shutouts (7) in 1943, a time when many of the game’s biggest starts were fighting in World War 2.

The greatest player from Puerto Rico was Roberto Clemente. Clemente paved the way for Latin players in Major League Baseball. He was the first Hispanic player to reach 3,000 hits, 15 All-Star appearances, 12 Golden Gloves, 4 batting titles, won the National League MVP in 1966, and a World Series MVP in 1971. He helped the Pittsburgh Pirates win 2 World Series titles in 1960 and 1971. As good as Clemente was a player, he was an even better man. He spent the off-season’s doing charity work. He tragically died in a plane crash in 1972 over the island. He was on his way to give aid to earthquake victims in Nicaragua. The Pirates retired number 21 and the MLB renamed the commissioners award in his honor. The Pro Baseball league on the island is also named in his honor. Clemente remains an icon for Latin players in the league. Every September, players have the option to wear Clemente’s 21 for a week. Clemente was the first Puerto Rican to be inducted into the Major League baseball Hall of Fame in Cooperstown, New York in 1973.

There have been many other Puerto Rican star players to play baseball, many of them have ended up playing for the New York Mets. Carlos Beltran was a perennial MVP candidate. He teamed up with fellow Puerto Rican Carlos Delgado to form a dangerous middle lineup for the Mets in the mid to late 2000s, which caused the large Puerto Rican population in New York City to gravitate to the Mets. Recently, young Puerto Rican superstar shortstop Francisco Lindor was traded to New York and signed a 10 year extension. His late season team up with another Puerto Rican star in Javier Baez caused another mass movement of Puerto Ricans into the Mets fanbase.

Current stars from the island include Carlos Correa of the Minnesota Twins, Baez, now on the Detroit Tigers, Lindor, Yadier Molina of the St. Louis Cardinals and Enrique Hernandez of the Boston Red Sox. These players are some of the most exciting players in baseball today.

Despite the popularity of baseball on the island and the presence of Puerto Ricans in the Major Leagues, there is no MLB team on the island. Before their move to the nations capital, the Montreal Expos played 22 home games each year in San Juan in 2003 and 2004. The MLB had also scheduled a Series, much like the won in London in 2019, in San Juan. The New York Mets and Miami Marlins were scheduled to play in March of 2020, but it was canceled due to the pandemic.

There is no doubt that baseball is becoming a staple of Puerto Rican culture. The game is growing rapidly on the island. With the help of young superstars, baseball will continue to reign in Puerto Rico for the near future.