Down With The Blackhawks

The Chicago Blackhawks are having the worst season in franchise history 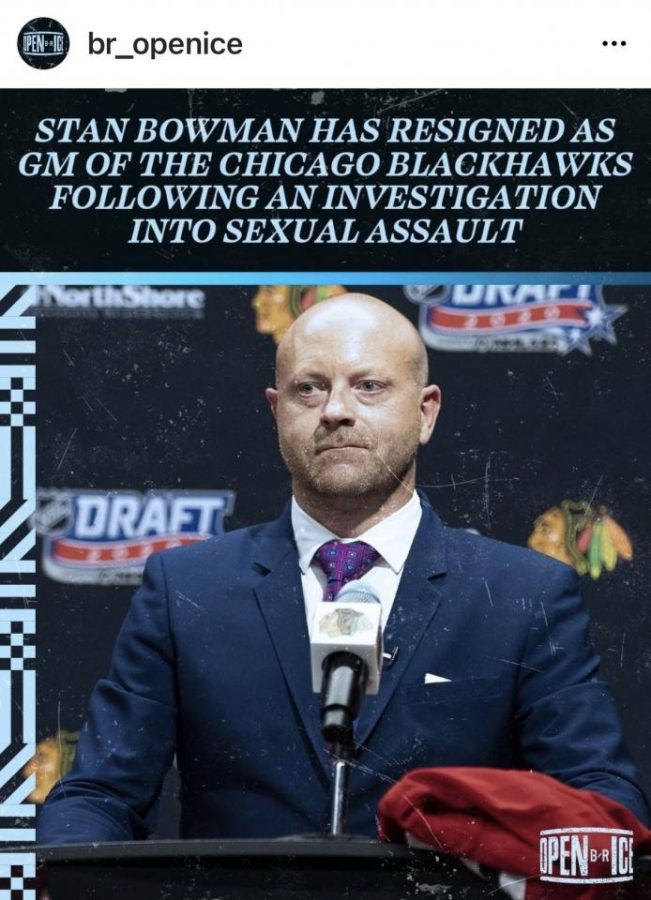 The Blackhawks have inside problems other then playing horrible hockey.

The puck is on the ice. Skates are sharpened and the the faceoff is about to begin. Violence on ice. Or as some people like to call it: Hockey.

The Chicago Blackhawks are a National Hockey League team based in the state of Illinois. They have had a rich history of success in past Stanley Cup victories and their players are widely known throughout the league as some of the most talented in the world. Some star names include Patrick Kane, Marc-Andre Fleury, Jonathan Toews, and Alex DeBrincat; all who are immensely talented hockey players. In the present-day NHL however, the Blackhawks are the legitimate worst team using common sense and statistics. They have played a total of 6 games thus far and have won a total of zero. This may be thought of as somewhat of an overreaction for the Blackhawks but let me tell you why I believe this is not the case.

First off, their offense is very good as they have solid depth and multiple offensive prodigies on their team, but that’s about all they have. Their defense is horrific as it is the worst in the league. They have no leadership or depth in the defensive department whatsoever and while I’m watching games it honestly looks like the defensemen just don’t want to be there. Their goaltending has honestly been disappointing throughout their painful losing streak as well. Marc-Andre Fleury is the defending Vezina Trophy winner which in simple terms is the award given to the best goalie in the league during that season. He was unwillingly traded to the Blackhawks, but still decided to play. This made Blackhawks fans and even non-Blackhawks fans very interested because of how skilled and talented Fleury is within the goal. Unfortunately, this is by far his worst start to a season, and he might even be the worst goalie statistics wise in the league as of now. He has played four games and let in 18 total goals and is also averaging 5.74 goals a game against him. This comes with a horrible .839 save percentage which is a massive decrease from his last years .928 save percentage.

Lastly, the offensive stars have been in somewhat of a slump recently, as DeBrincat who is the main scorer has only scored twice and Patrick Kane who is the main assist man on the team has barely done anything to help his teammates score. This combined with a horrible defense and a struggling Marc-Andre Fleury leads to exactly what the Blackhawks season has been up to today: an utter disaster.

Throughout their disastrous season, they have also been playing mediocre teams at best including teams like the Detroit Red Wings, Vancouver Canucks, and the New Jersey Red Devils. All of the previously listed teams are nowhere close to being above average teams but playing against the Chicago Blackhawks this year can turn a mediocre team into a Stanley Cup finalist team. It is possible that the team is just having a very rough start to their season, but I just don’t think they will turn around and I believe that they should instead go for the 1st pick in the 2022 draft next season.