The battle between cheap coffee and "over-priced" coffee rages on. 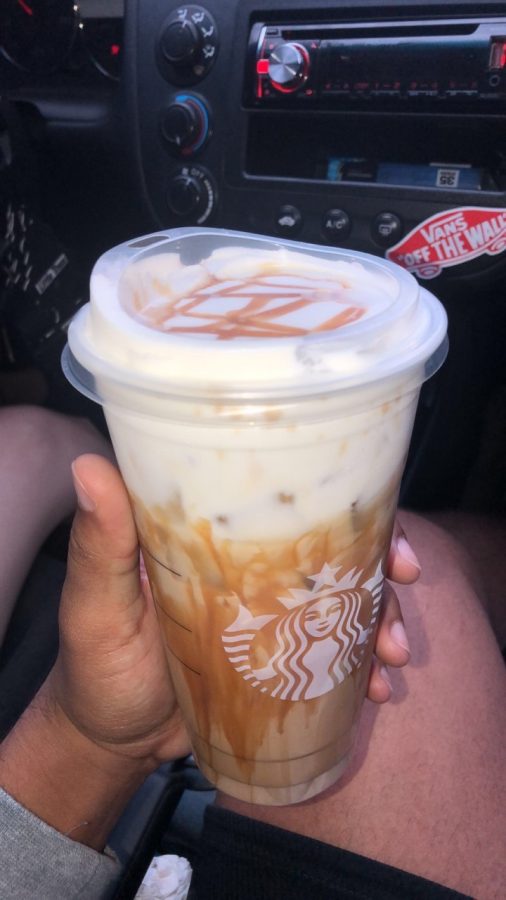 The venti iced white chocolate mocha, with sweet cream cold foam and extra caramel drizzle, is trending on Tik Tok. James Charles, who is famous for doing makeup, created this drink out of his love for Starbucks.

If you were asked the question; Would you rather get rid of Dunkin or Starbucks, would you know how to answer? The debate has been going on for too long now. It’s time to decide where people would rather get their coffee from, Dunkin Donuts, or Starbucks. There are many opinions out there as to which one is better. Many would say that Dunkin is better because the prices are low, and the coffee is great. Others would argue that Starbucks’ prices are reasonable because of how original and delicious the flavor of their coffee is. While some people only go to either of them for the food, refreshers, or pastries. Well now, we are going to settle the debate and decide which one beats the other.

Starbucks coffee is definitely an acquired taste. You either hate it or you love it, and some people would say it just has to grow on you. Starbucks has a very wide variety of drinks that you can order. One of the Starbucks lovers most favorite thing about their menu is that you can pretty much make any kind of drink you want. They give you unlimited amount of options of sweeteners, creamers, flavored coffee, cold brew, different milks, and a whole lot more. Ryley Guiseppi, a rising senior at Lafayette, stated “I think that it really just depends on how strong you want your coffee. I would probably go to Dunkin for coffee but go to Starbucks for a chai tea latte or refresher”. Ryley isn’t a fan of strong coffee, she likes it to be on the sweeter side. Many other people would argue that Starbucks has better food and pastries. Though, some don’t even think of Starbucks as an option for their choice of beverage or food because of their high prices. Charles Lewis, a state champ at Lafayette, said “Personally, I think the prices are a little to high at Starbucks but pretty reasonable for the quality of coffee. I will only go to Starbucks on pay day to spoil myself”.

Dunkin was originally famous for their donuts. Recently, that has changed. Dunkin Donuts started trending on Tik Tok when the famous influencer, Charlie D’amelio, started promoting it on her account. Shortly after she decided to make her own drink, called The Charlie. From there, Dunkin blew up. If you like more of the sweeter coffee taste, Dunkin is for you. Unlike Starbucks, their variety of drinks isn’t very broad, though you will be able to add sugar, or some form of sweetener to bring the flavor to your liking; or even not adding as much sugar if you’re going for a more bitter taste of coffee. Many people go to Dunkin when they need a quick spirt of caffeine, or while in a rush on family vacation. Hey, coffee and donuts do go pretty well together. Dunkin has a delectable amount of breakfast sandwiches,  the bacon egg and cheese croissant as a favorite. They have been trying to re-up on their drink selections so they decided to add refreshers to their menu, but they don’t have pretty good reviews. Lauren Adam, a Region 3A, runner-up for Lafayette Cheerleading stated, “I tried the new coconut milk refresher and it tasted like straight cough medicine. I won’t be getting it again. If I had to choose between Starbucks or Dunkin, I would confidently choose Dunkin because of their low prices”. The reason so many people love Dunkin Donuts coffee is because of their low prices.

It’s time to bring an end to this debate and decide… Dunkin or Starbucks?