A look into the headquarters of Roman Catholicism 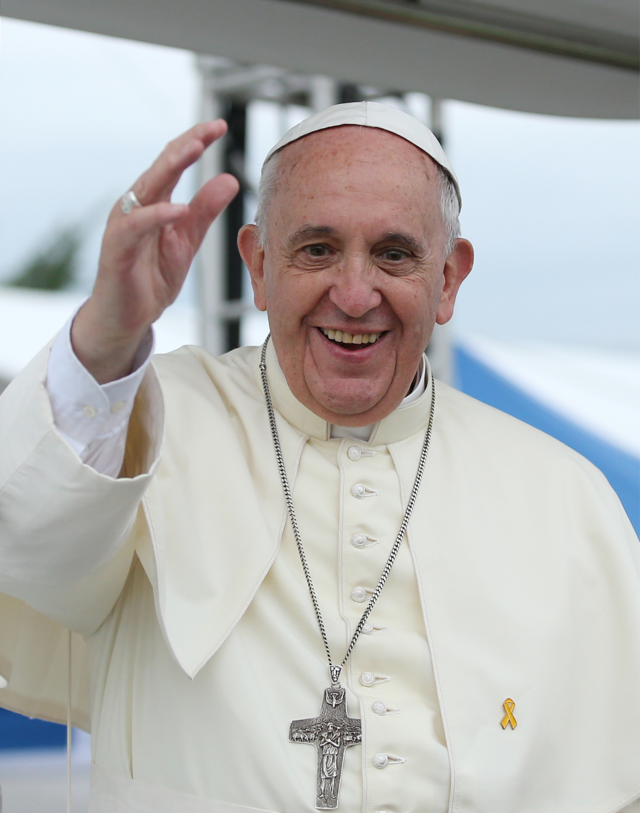 Wars have been fought over this religion, protestant vs Catholic. Countries allied, and countries declared as enemies. Catholicism has been flooding all over the world for thousands of years, from the Americas to across the globe in the Philippians, with a current 1.2 billion followers today. And while this religion is known across the world and carries huge influence, the heart of Catholicism happens to be the smallest nation in the world.

The Vatican City became an independent city state in 1929 as a result of the Lateran Treaty, an agreement between Italy and the Vatican City, signed by Italian political leader Benito Mussolini and cardinal secretary of state Pietro Gasparri. Since then the reign of Popes serving the absolute monarchy that holds the Vatican City together. The Pope is not only the head of Roman Catholicism worldwide, bishop of Rome, but is also the head of state, delegating authority to officials within the church.

The Pope appoints members of the church for leadership positions in the city-state. The Pontifical Committee, built with cardinals appointed by the Pope, assumes the role of legislate. Laws passed here are sent on to the Pope, through the Secretariat of State, for approval. Executive authority is delegated among the president of the pontifical committee, secretary general, and vice secretary general, all of which are appointed by the Pope. Finally, the judicial role is taken by the President of the cassation court of the Vatican, the Supreme Tribunal of the Apostolic Signatura. Other departments and officials make up the Vatican Government.

The current Pope, Pope Francis, seems to continuously make history. The first pope from the western hemisphere, born in Buenos Aires, Argentina. Pope Francis is also the first ever Pope from the Jesuit order, which was a significant event as the society of Jesus and the Holy See have has a tense relationship through history. Pope Francis has pushed the need for empathy for the poor, even washing the feet of 12 prisoners, finishing off the clean feet with a kiss. This was to signify the 12 apostles Jesus showed humidly towards the night before he was crucified. Pope Francis has lost support of many Catholics, especially in America, due to his fairly liberal views. Pope Francis places most importance on Jesus’s teaches; feed the poor, welcome the immigrant, love your neighbor. He has even come under fire for not harshly condoning abortion, rather saying we should still love them, and not to judge, and allow them to be sorry for their sin. While he is opposed to abortion and contraceptives, much of the church believe he is not outspoken enough in his opposition. He has released a doctrine regarding the climate crisis, calling all humans to understand their moral obligation to protect the earth, and dismissing those who are opposed to climate action. He has declared that Christians do not have to chose between gods creation or evolution, saying “God is not a divine being or a magician, but the Creator who brought everything to life,” he said. “Evolution in nature is not inconsistent with the notion of creation, because evolution requires the creation of beings that evolve.” Made pleas for pastors to welcome divorcees into the church, emphasizing that these people are not excommunicated. Pope Francis has reaffirmed the churches stance on gay marriage is in opposition, but in the past, he has expressed he wanted the church to welcome their gay brothers and sisters, and even saying he has no place to judge. Unfortunately, Pope Francis’s tolerance for homosexual individuals did not make any real change in the church, as he has not gained the support of a large percentage of the church.

Roman, Baroque, and gothic styles fill the Vatican City with history, culture, and beauty. While it’s hard not to admire this institution, its important to look beyond the external luxuries of the St. peters basilica, Sistine chapel, and its rich archival influence. This institution dates back to before the dark ages, and now today the catholic church has a dark side.

It’s a common fear that those in potions of power will abuse the influence they have, and those who we trust the most have the ability to hurt us unlike anyone else. And here, in the eyes of god, in a place of worship, where priests, pastors, bishops act as a bridge between god and man, helping man connect with god and Jesus. It is here where the most heinous of sins have had a long history of taking place.  The Catholic Church has been under great controversy in recent years due to the exposure of sexual assault cases within the church. Media has brought much needed attention to this side of the church. Unfortunately, just because the media is making cases more well known today, it doesn’t mean this is a new issue. Accusations and concerns actually date back to nearly 500 years ago. Minors are among the majority of victims, pedophilia has shown itself to be prominent among catholic church leaders. There is also a long history of nuns being abused by their fellow male clergy members. Abuse like this is especially worrisome because it helps enforce patriarchal systems.

Conservativism and Catholicism often accompany each other. And while it is accepted that religion is based on tradition, it can be extremely harmful in some cases that the church often fights progression. Religion cannot be a shadow to hide misogyny under. Zero out of 128 cardinals currently serving are women. There are currently only 204 women Catholic priests across the globe. Catholicism is a male dominated religion, that has seldom promoted inclusivity or feminism. While there have been strived in recent years to increase a women’s place in the church, such as organizations like the Roman Catholic Women priests (RCWR) and Association of Roman Catholic Women priests advocate for women’s ordination, more than 180 women have ordained as not only priests, but also deacons and bishops due to these organizations. Pope Francis has also expressed his support more women in church leadership positions. He has formally expanded women’s roles. His decree “Spiritus Domini” updates the Code of Canon Law from “lay men” to “lay persons.”  It also formally allows women to serve as readers and altar servers, along with the ability to assist priests during services and communion.

There is nothing to show proof of intersectional feminism in the church, let alone intersectionality at all. It wasn’t until 2020 that the U.S got their first black cardinal. Wilton Gregory takes history as the first African American cardinal in the catholic church. Much of indigenous lands across the world were colonized in the name of Catholicism. Christopher Columbus sailed in the name of the catholic church, which led to the discovery of the Americas, the enslavement of natives, and eventually the destruction of native culture, and the thievery natives land. Since then, the enslavement and racist systems put in place have been enforced in the name of religion. From plantation owners using the bible to justify slavery, to much of modern-day Christians using their religion to excuse their racism and exclusivity. Christianity, for some, has been a symbol of oppression and hate, only showing love and acceptance to a certain kind of demographic.

Its important, in all aspects of life, to be able to see deeper than what the blind eye views upon. While Christianity and Roman Catholicism is beautiful is many ways, there are layers underneath that we have to see. Flaws do not make an institution weak, what makes an institution weak is neglecting those flaws.

However, its undeniable the Vatican City is a great beacon of hope for billions across the world. And a vision of beauty and culture. One step inside the walls of the city-state, and I believe one could just feel the thousands of years of history. Thousands of past bodies pilgriming to the great St. Peter Basilica. Its almost magical, no, holy, to imagine the lives the Vatican and Roman Catholicism has shaped.

The Vatican City state has been a self-supporting independent nation for almost 100 years. While its influence is hundreds of years old, this home of Roman Catholicism will be timeless, its significance will live on throughout the rest of history.