The New York Knicks Are Back

The most unexpected story in the NBA, the New York Knicks have clinched a playoff birth for the first time since 2013. 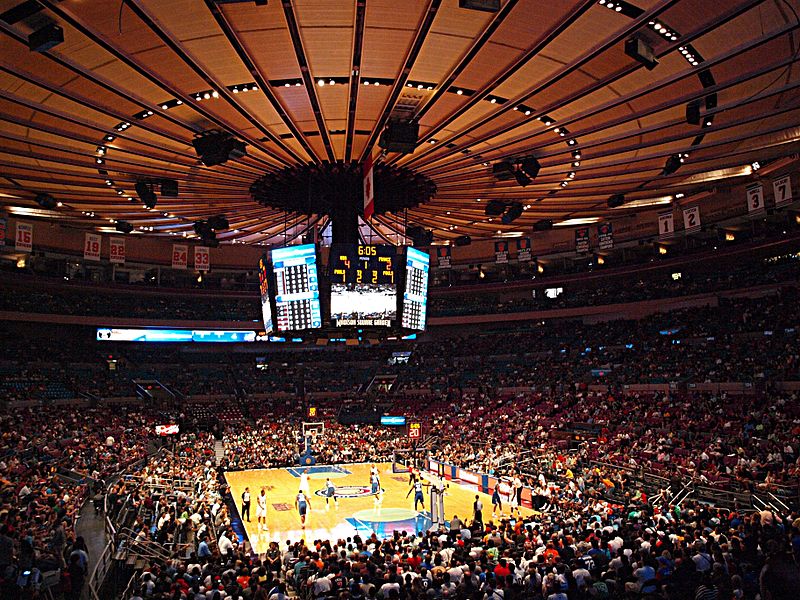 The Knicks will have the biggest NBA crowd since the pandemic began, and you already know MSG will be rocking.

New York City has often been referred to as the Mecca of basketball.  A city with many teams dividing her many fans in baseball, football, and hockey.  However, in basketball season, it does not matter if you’re a Mets or Yankees fan, a Giants or Jets fan, or a fan of any of the 3 NHL teams, New York unites around their Knicks.

The past few years have been rough for sports in New York.  The city has not seen a title since the Giants won Super Bowl 46 in the 2011 season, and a team has not had a championship appearance since the Mets in 2015.  While teams like the Giants, Jets, Rangers and Devils rebuild, the only consistent playoff teams have been the Yankees in baseball, the Islanders in hockey, and most recently, the Knicks’ crosstown rival, the Brooklyn Nets.

The Knicks are a different story, a franchise with no clear path in sight, with a losing record each year sine 2013, when Carmelo Anthony and J.R. Smith took the Knicks to the second round of the Playoffs.  In that time, the Nets became a super team, signing Kevin Durant and Kyrie Irving and trading for James Harden.  Yet New York stayed loyal to the Knicks, and New York has been rewarded as the Knicks finally made the playoffs for the first time since 2013.

I’ll start off by saying that this team completely surprised me and the rest of the fanbase.  They have beaten teams that I wouldn’t have imagined them beating a year ago.  Unlike the Mets, Giants, and Rangers, I had no optimism with the Knicks moving forward, and it has been like that for a few years now since they missed out of the longshot dream of Zion, KD, and Kyrie coming to New York in 2019.  The Mets always have the pieces to compete the last half decade, but have never clicked at the right time, while the Giants and Rangers have quietly rebuilt the past 4 years.  The Knicks never had a front office that seemed to have a plan and an incompetent meddling owner in James Dolan (who must’ve forgotten he also owns the Rangers until recently).  But, thanks to Leon Rose, William Wesley, and Head Coach Tom Thibodeau, the Knicks are finally in the best position I have seen them in my life.  They have TON of cap space to sign big name free agents this offseason (please Kawhi I’m begging you).  “Joey he’s not going to sign with the Knicks.” says Nick Barrows, a OKC Thunder fan.

Julius Randle, former Lakers lottery pick, was considered a bust when he signed with the Knicks before last season.  The fanbase collectively bullied him into a MVP caliber player.  I have never seen someone, especially this late in their career, go from a lottery bust to a MVP candidate.  Randle has been the can’t miss guy that the Knicks have missed since the days of Carmelo Anthony.  The most important trade of the year would be acquiring former MVP Derrick Rose for a second round pick and Dennis Smith Jr.  What a steal,  Rose has looked the best he has in many years, and has been a great mentor to the young Knicks players.  Speaking of the young Knicks core, RJ Barrett is good.  Barrett made an amazing leap in his age 20 season, shooting at 40% from three point range.  Rookies Immanuel Quickley and Obi Toppin have been huge for the Knicks despite their youth.  Other players like Alec Burks, Nerlens Noel, Frank Ntilikina and even Mitchel Robinson have had clutch moments throughout the season. Thibbs has turned this team into the best defensive team in the NBA, a complete 180 from last year.

This team is young, fun, and exciting.  Knicks fans have not had to a lot to cheer about the past decade.  Even with the limited capacity, Madison Square Garden is rocking every night.  Randle is even getting MVP chants from Knicks fans on the road in Philly, Memphis, Phoenix and LA.  A young core, blue collar coach, MVP candidate and a former MVP have New York rocking.  The playoffs are here, the Knicks are ready.  Even if they lose, I’ll be happy with how this season went.  “Hopefully, we will meet in the second round” says carter Whetsine, a Philadelphia 76ers fan.  We we’re supposed to be the worst team in the East, but now we’re going to the playoffs.  I leave you with this beautiful song from the 1994 Eastern Conference Champions New York Knicks.  To quote Julius Randle “New York, we here.”

UPDATE 5/24:  Trae Young Buzzer beats the Knicks as the Hawks take game 1.  No further questions at this time.