The Lafayette Ledger • May 10, 2021 • https://LafayetteLedger.org/18672/lifestyles/the-friendly-neighborhood-danish/ 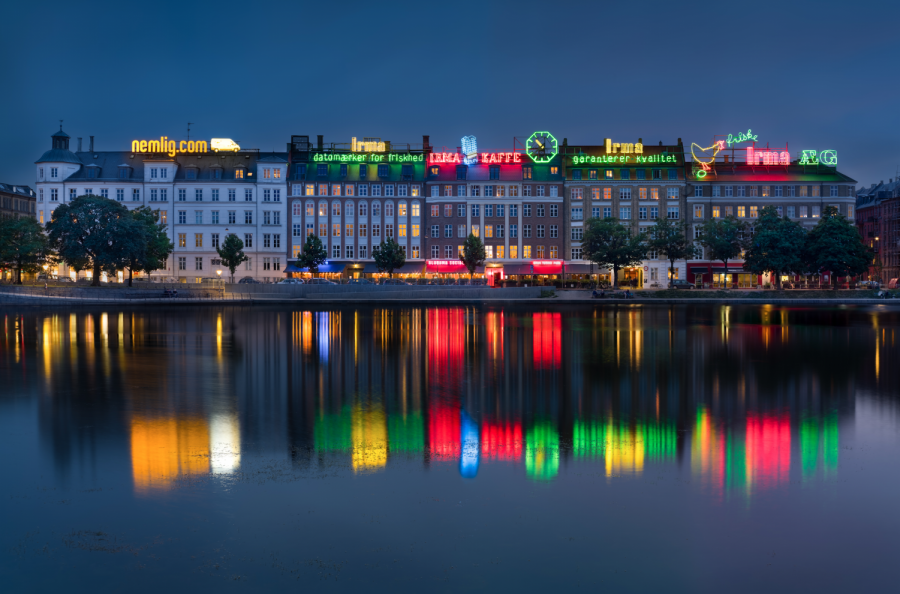 Taken in front of the iconic neon lights over the lakes (søerne) in Copenhagen, Denmark

Taylor Thomas, Reporter
The Kingdom of Denmark, a Nordic country in northern Europe, for the last seven years in a row has been ranked the happiest country in the world, and here is why!

With a relatively small population of 5 million and over 400 islands, Denmark remains one of the strongest economies in Europe. They have advanced welfare systems, highly developed infrastructure and an economy focused on trade, service, and manufacturing industries that have made them into the top 20 richest countries in the world. The underlying engine to their well-oiled economy is the Danish government. Denmark is framed with a parliamentary representative democracy and a monarch. They offer universal healthcare, but almost pay about 45% of their income in taxes. They also can trade with a vast amount of countries because of their claim to neutrality whenever conflict arises.

Though their economy flourishes, Denmark is among some of the best countries when it comes to having a healthy work-life place. Their government encourages a 37-hour workweek, a minimum 5-week paid vacation, generous maturity AND maturity leave, as well as flexible hours. It’s in the Danish culture and values to commit to a life that is enjoyable to live. They also have extremely strong family ties, as some westernized country’s view nepotism in a negative light, the Danish believe there should be no shame in prioritizing family.

Traditions and culture are very upheld in Demark because they believe it is what continues to cement their community and also flow from generation to generation.  They have intriguing customs and celebrations from pagan Viking rituals to standing on a child and jumping off when the clock strikes 12 on New Years Day. One of the Danish most ancient traditions is lighting up a bonfire on the beach to celebrate the summer solstice, which dates back to the Vikings!

The Danes pride themselves on being polite and polished. Most tourists describe it as a low-pressure environment that is clean and peaceful to dwell in. Most people in Denmark aim for a hygge way of life, which mean a warm atmosphere with friend and family to enjoy it with. This can be seen through their media consumption as well. The typical tv usage as of 2019 in the US is 74%, but in Denmark, it only around 33%.

With a rich culture and a hygge way of life, it should definitely be a travel must see!