The Land Of The Midnight Sun

On the edge of the Arctic circle sits a land of culture, history, and tradition overlooked by the world. 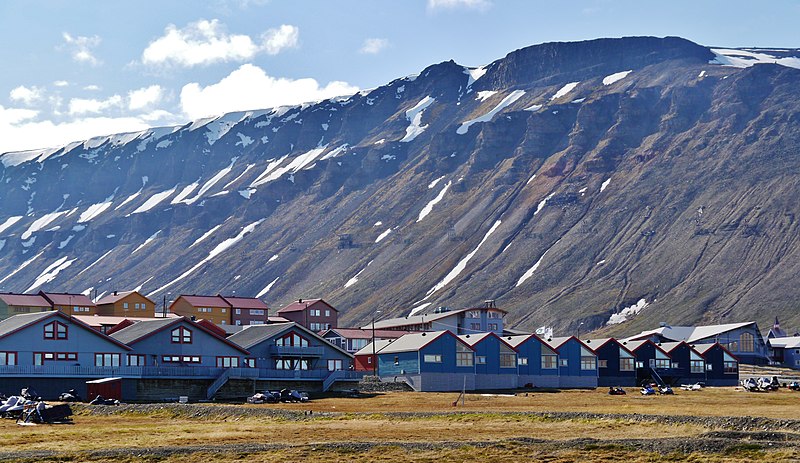 The islands of Svalbard lie halfway between the Norwegian mainland and the North Pole, making them a remote and frigid albeit picturesque tourist destination.

From the quaint streets of Bergen to the winding waters of the fjords to the frigid shores of Svalbard, Norway has cemented itself to be a country rich with culture, history, and natural wonders. Known for its booming economy centered around the oil industry, Norway not only has the highest Human Development Index ranking in the world, but was also first on the World Happiness Report in 2017. Its tourism industry is a national strength, with attractions such as the bustling capital city of Oslo, natural features such as the deep, sea-filled valleys known as fjords, the vast Scandinavian mountains, and the breathtaking islands of the Lofoten archipelago, and the possibility of glimpsing the northern lights shimmering overhead drawing massive crowds each year.

Nestled in Northwest Europe and jutting out into the Arctic Circle, the ‘land of the midnight sun’ (deemed as such for the long hours of daylight in the summer) has had a long and rich history dating back to tales of the Vikings over a thousand years ago. However, the modern history of Norway is truly defined by its occupation by Nazi Germany during World War Two. Although the country at first stood neutral, after Germany invaded in April 1940, Norway was occupied for five years, shaking it to its core. Thankfully, King Haakon VII and the Norwegian government managed to escape to London, inspiring remaining citizens to hold their ground and continue resisting German forces, and after the war ended the country regained its footing remarkably smoothly. Another victory of sorts came to Norway when oil was discovered in 1969 and quickly become essential to the country’s economy.

Even so, a massive banking crisis in the late 1980s sent Norway into turmoil, leading to a significant recession. Similarly to America, the issue of progressive liberal movements versus more conservative beliefs has caused considerable conflict in Norway, with the two primary political parties being the more left-leaning Labour party and the right-leaning Conservative party. This tension came to a head in 2011 with two consecutive terrorist attacks on the Norwegian government quarter in Oslo and a summer camp run by the Labour party, killing 77 and injuring hundreds more. But despite the political turmoil, Norway still has far more liberal policies than America, such as universal healthcare and almost free education. The current prime minister of Norway is Erna Solberg, a candidate of the Conservative party known for her support of women’s education, international humanitarian aid, and expanding environmentally friendly industry.

Norway is ranked first in Reporters Without Borders’ Worldwide Press Freedom Index, showing a lack of media suppression or corruption that proves excellent for Norwegian journalism and government itself as a whole. Although most newspapers and press are owned privately, the biggest public broadcasting company is NRK, which is owned by the government and funded by the public, with TV2 being another well known broadcast channel. Western social media sites are well used and active, with Facebook being the most common by far and Pinterest and Twitter being fairly common as well. Regional newspapers are also very popular, with the Oslo-based Aftenposten being circulated across the country.

Although the freezing snow of the Arctic may seem unappealing to some, the craggy peaks and sparkling seas of Norway hold hundreds of stories of centuries past waiting to be told, and the people hold fascinating traditions and cultures unique and distinct from anywhere else on earth.