The Lafayette Ledger • May 3, 2021 • https://LafayetteLedger.org/18334/showcase/why-india-should-be-your-number-one-travel-destination-after-covid-19/

India has more to offer than you may think. 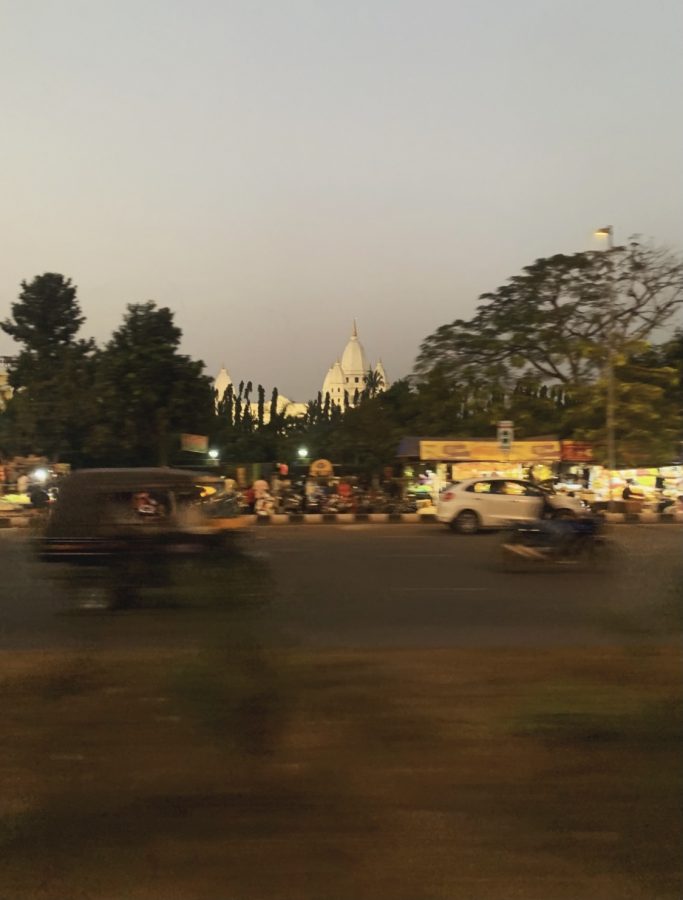 India's unique architecture and infamous busy streets are a sight you wouldn't want to pass up.

India, a country sometimes lost in the mix, shines through with outrageously brilliant color and culture. Its troubled past only led the country to more growth where they stand as one of the most underrated countries today. A quick glimpse may not draw many into its beauty in comparison with other landscaped nations, but a deeper understanding opens up a world of personality that no one would want to pass up.

1947 marked the official independence of the great nation from Britain, who had ruled over the grappling country since 1858. It was a long and grueling journey to freedom from the start. After Mahatma Ghandi joined the effort and introduced satyagraha, his method of civil disobedience, he had an astounding influence in bringing his country to complete freedom. When the fight was finally over, peace didn’t last as long as anyone had hoped it would.

In 1948, India went to war with Pakistan over the disputed territory of Kashmir, the northernmost region of India as seen on maps today. War with Pakistan pursued throughout the 20th century. The second war against Pakistan, fought again over Kashmir, was followed by the third war, this time over Bangladesh. Although the country’s origins are more than grim, it has reached major improvement over the years.

The birth of India’s billionth citizen was celebrated in May of 2000. In 2001, the military launched a high-powered rocket, placing the country among the top nations in the world that can fire a sizeable satellite deep into space. The nation has grown tremendously in numerous ways, but its beauty has always been unmatched.

Since its independence, India has declared itself a Sovereign Socialist Secular Democratic Republic. It operates similar to the U.S. government and the British government with a Parliamentary structure made up of two houses. Lok Sapbha is the lower house, and Rajya Sabha is the upper house. The president is meant to be aided by the prime minister, who runs the Council of Ministers. The Council works as the executive branch and holds a deal of power over the union of 28 states and 8 union territories. With both federal and state governments, India maintains a balance of power over its citizens to ensure peace and the best quality of life.

The country is home to numerous stunning mountain ranges including the Himalaya Range, the Karakoram and Pir Panjal Range, the Eastern Mountain Range or The Purvanchal Range, and The Saptura and Vindhaya Range. India’s beauty derives from its natural landscapes and perfect simplicity.

Almost just as eye popping as the views, Indian cultural attire is exceptionally unique. The infamous flamboyant colors that most Indians wear are sported throughout the country. However, the meaning of these colors differ from western beliefs. The color black symbolizes evil and negativity, and the color white is seen rather as an absence of color or an absence of life. White is the traditional color of widows when mourning their lost loved one. Similarly to how subtle style variations vary from state to state in America, regions of India are represented by the colors in which natives dress.

India’s distinctive history, politics, and culture is fascinating. If it is not already a part of your post-Covid-19 travel plan, it should be.