The California Wildfires started in March and will hopefully die out by the end of October. 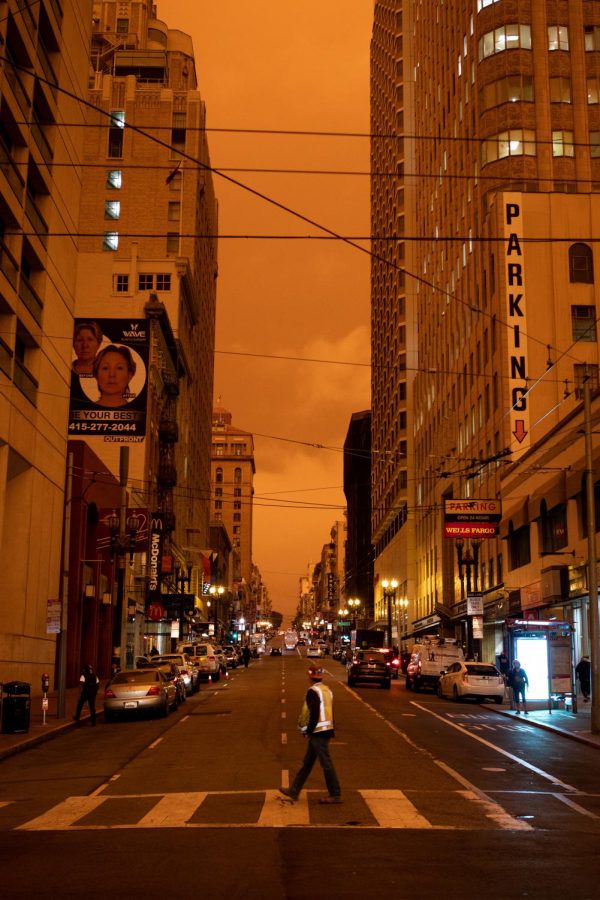 Photo by Tegan Mierle on Unsplash

The Wildfires are huge and are worse than last year.

Since the stroke of midnight on January 1, 2020, many terrible things have happened. Not only have we been living in and through a global pandemic, an insane political time, but now the weather is not cooperating. Due to a bad season of drought, wildfires have been ravaging California for months.

The California Wildfires are not uncommon, but they normally only burn from May through October.  However, during 2020 the wildfires have taken a turn. Each year they are getting worse and worse. So far during this wildfire season 34 people have died. This is a rare amount. Last year only 5 died. The fires have burned an estimated 46 million acres, destroying over 5,900 buildings (including 2,779 homes). People have had to evacuate their homes when they become susceptible to the fires or the air is not safe to be breathing. In fact, the air has been so polluted by the smoke from the fires that the sky in California to be different shades of orange, yellow and gray.

Katie Nice, a long time resident of San Francisco, California has never seen Wildfires as bad as these. She told me that “The sky was a deep orange and slowly became a hazy yellow.” Beyond California, many places are being affected by the wildfire outbreak, but now at last the fires are calming down and it is becoming safer to be outside.

Wildfires don’t occur everywhere around the country, and California is one of the main states that experiences annual occurances. Researchers are investigating the reasons why the wildfires occur. They have found that in California, moisture builds up in the fall and the winter. As reported in this  NY Times article. the summer slowly dries out California vegetation because of a lack of rainfall and warmer temperatures. That vegetation helps create the conditions that lead to such huge fires.

America overtime has created new inventions. With these new inventions we have exposed ourselves to pollution and other harmful things that have affected our environment. Some pollutants are naturally occurring. One such natural event that affects the atmosphere is wildfires.  The smoke from millions of acres of burning vegetation can cause an increase in outdoor airborne particles, as well as increases carbon monoxide, nitrogen dioxide, formaldehyde, and acetaldehyde. Some drinking water systems may also be affected, long after the wildfire is over. Debris in some water reservoirs, cause damage and higher maintenance costs.

Fire fighters save people from the burning buildings, save kittens, help people, stop disastrous Wildfires, among many other important things they do.   A California firefighter website reports that more than 16,600 firefighters continue to work towards containment on 23 major wildfires and one extended attack wildfire across the state.

Putting out a wildfire requires a combination of tactics: control line, burning out, backburn, flanking, hot spotting, knock down, cold trailing, aerial attack, Fireline explosives, and mop-up. Each one is a different method used to control the fires and prevent them from affecting the communities.

Judith Nice, a Williamsburg, Virginia resident was very interested in the Wildfires. She has family that lives in the areas affected by the fires. She asked me “How can we help if we are not a firefighters and we don’t live in the area?” Many of you must be wondering the same thing. Well there are many ways you can help.  Accuweather tells us that if you live in the area that is susceptible to wildfires try to report unattended fires,

only use fireworks in clear areas with no woods nearby, extinguish fire pits and campfires when done, don’t throw lit cigarettes out of your moving car, and pay attention to local ordinances for trash burning.  By doing these things you are helping prevent more fire from happening. If you do not live in a place that is susceptible to wildfires give to organization that try help build back those areas that were affected. If you would like to help donate, please donate to this organization  This organization is trying to help the communities affected by these fires.

These fires have caused our country yet again to come together and help one another. The Wildfires are very dangerous and bad for our environment. Luckily the firefighters are using several techniques to try and control the fires and there are many online organizations that are helping the communities affected.