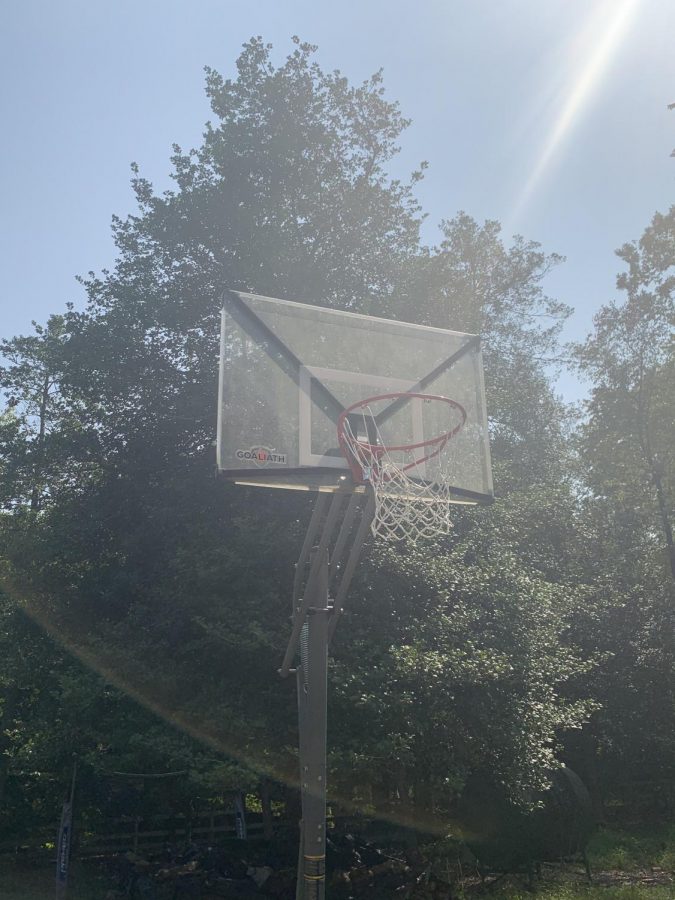 Many players have had to resort to practicing at home.

It’s no secret that the rise of the Covid-19 virus has had a huge impact on our day-to-day lives. It’s influenced every aspect, from how we work to what we do in our free time. But what effect has it had on sports, particularly professional sports? Pro leagues provide jobs to many, including coaches, players, managers, owners and everyone else who works with the teams. They are also one of the biggest entertainment sources in the world for those who are fans. So what happens when social distancing methods keep fans out of games, and require athletes to remain safe?

In the MLB, they attempted to begin regular season games, although without spectators. Not having spectators results in significantly less income for the teams, but reduces the spread of the virus. Only a few weeks in, an outbreak of Corona virus among players forced several games to be cancelled. These risks are forcing many athletes to choose between their personal health and they game they love. It’s a difficult decision for many.

Football, as a contact sport, has proven difficult to provide safety measures for its players. The NFL began training camps in late July, with Covid-19 safe procedures and masks required. Games first began September 16th, with some teams choosing to have no fans, and some teams choosing to have fans at 25% capacity. They also regularly administer covid tests. The NCAA demanded the league put in place protective measures, threatening to not participate in training camps and games.

The pandemic has an effect on the games themselves, and the players. A big thing that has been taken away from games is home-court advantage. Typically, when playing in their own city, the team has their fans cheering for them, and the energy going for them.  Now, with no fans, home court advantage has been severely diminished, if it ev

en exists at all. On top of this, players are constantly worried about the safety of themselves, as well as their family.

College football has already seen a few covid cases in recent weeks. Florida State coach Mike Novell recently tested positive, and is currently quarantining. The Florida Atlantic-Georgia Southern football game was postponed due to positive tests from some Florida players. These stories, among others, make many wonder how college level sports will ever be able to return to normal. It also raises the question of scholarships, and whether they will be revoked.

The NBA has been constantly adapting to the new safety measures and protocols it must follow in order to have a season. They have recently introduced the concept of the bubble, quarantining players together. The bubble includes a hotel for players to stay in, and the basketball arena itself. Only players and coaches are allowed in the bubble. Before they enter, they must have a negative Covid test. They are also tested frequently while inside the bubble. There have been very few positive tests since games began. Because basketball is a contact sport with a high risk of transmission, especially with a virus as spreadable as Corona is, these precautions are very necessary

Sam Boyer, a junior at Lafayette High School, says he enjoys watching sports, specifically college football. During normal times he attends around one game annually, but “now zero under these circumstances.” He also plays for Lafayette, and his season has been pushed back to February. “We’re only playing 60% of regular season games, which is only 6 games instead of ten. They cancelled the first round of the playoffs, which reduces the number of teams, so it’s 8 instead of 16 who make it to the playoffs.” Currently, they are not allowed to lift or workout together, and will not be allowed to until Phase 2.

Connor Huchkins, a senior at Lafayette, is an avid sports fan, mainly football and basketball. His favorite teams are the West Virginia Mountaineers and Ravens. Although he normally goes to a lot of games, he hasn’t been to any this year due to covid. Swimming, lacrosse, and spikeball are sports he plays in his free time. While swimming has been pushed back and he doesn’t know whether lacrosse will be affected yet, he says spikeball is the same as usual.

While Covid-19 has obviously had a negative impact, many sports seem to be adapting to this new normal. While conditions have improved slightly, as long as corona is a threat, it is certain that many more adaptations will be made.