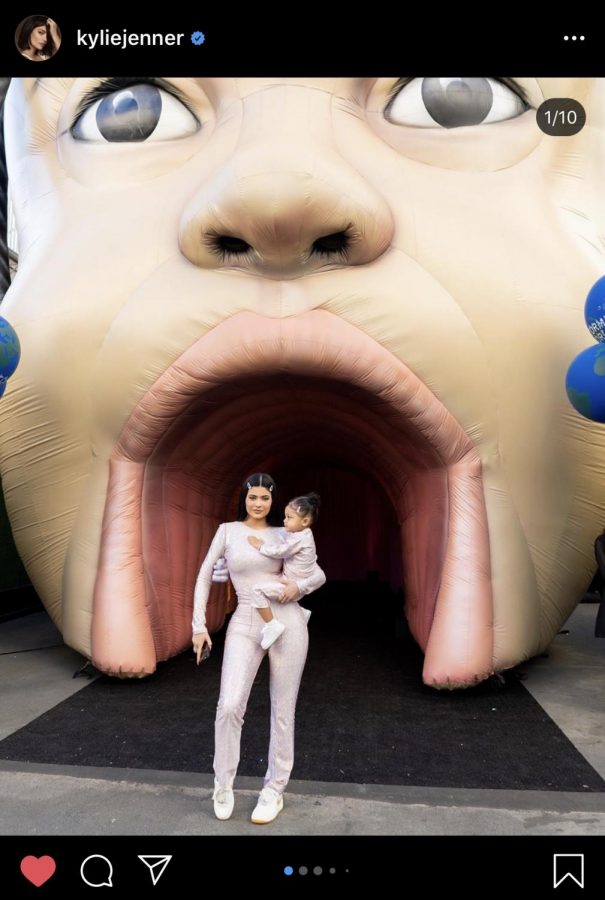 Kylie Jenner and Travis Scott throw a birthday party and the theme is Stormiworld2. "2 is better than 1" 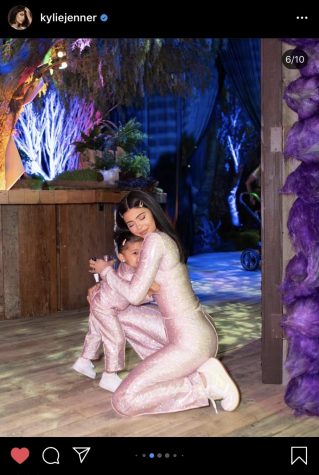 Kylie Jenner and Stormi are twinning with their outfits.

Kylie Jenner, youngest female billionaire, daughter of Kris Jenner, Instagram influencer, and mother of Stormi has thrown a huge birthday party, at theme park of her own creation. Stormi is turning two. The theme was Stormiworld2.

This is not the first time Kylie Jenner has done the theme “Stormi world” for her daughter. Stormi’s first birthday was also “Stormi world” and it was huge party, but this doting mother was able to make an even more beautiful 2nd birthday celebration. 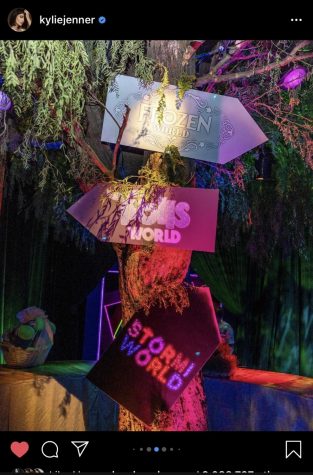 There were three types of world: Frozen World, Trolls World, and the main was Stormi World. Each world represented Stormi’s favorite movies and things she loves.

In the Trolls World there was Trolls music and employees who were dressed as Poppy and Branch from the Troll movie. Stormi was very excited to see the trolls, the colorful trees and the big Troll Tree where many trolls lived in the movie. 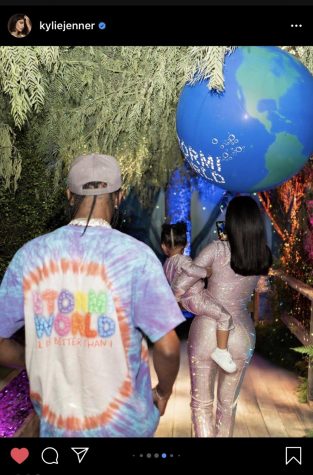 Travis Scott and Kylie Jenner walk into the theme park with Stormi.

In the Frozen World there was chairs and couches made of real ice. Attendees could take pictures with Princess Elsa and Olaf, even build a snowman.

In Stormi World there were carnival rides, a giant slide, claw machine games and a photo booth.

Kylie and Travis Scott and their family and friends sang happy birthday to Stormi in Stormi world. The cake was a sculpture of Stormi’s head with lights on the top and individual deserts all around the cake. 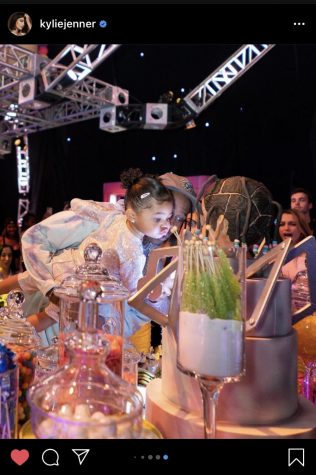 Stormi Webster is blowing her candles after singing happy birthday with all her guest.

Lafayette Junior named, Harper Sensiba said ” I love Kylie Jenner and she is so pretty. Travis Scott and Kylie Jenner made an adorable baby. The birthday party was a littlie extra since she is just two years old but it looked amazing and fun. Stormi is lucky to have parents that love and care for her and will do anything and everything for her.” 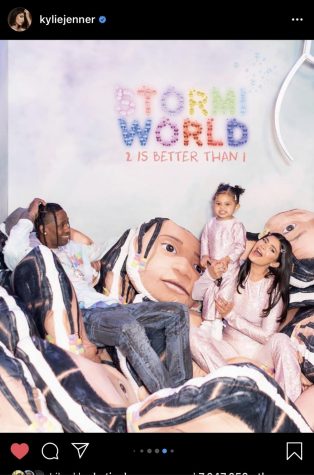 Stormi is so happy to have both of her parents on her birthday.

Another Lafayette Sophomore named Mary Nice said, ” I think Kylie is very successful and smart. Kylie is a self-made billionaire and she has her own makeup company. Its almost every girls dream to be able to make money while doing something you love like makeup. I thought what Kylie did for Stormi’s birthday was very cool.”

The family and Friends who attended also posted  on social media while at Stormi world, showing how much fun they were having. Kylie put a lot of effort and money into making sure her daughter enjoyed her birthday party. She made a map guide that shows where everything was for guests. The entrance was a giant head made to look like Stormi, inspired by Travis Scott’s 2018 “Astroworld” album cover. 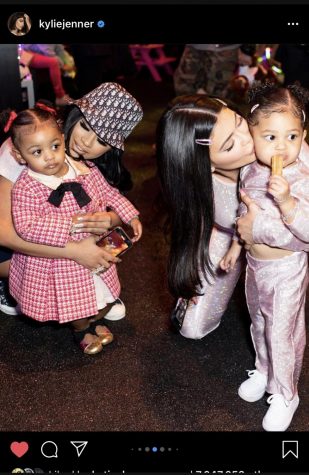 At another way to celebrate her beloved daughter, Kylie took Stormi to Walt Disney World a week before her birthday as a birthday present. The Jenner-Scott family and friends flew out to Orlando, Florida, as well. Both mother and daughter wore all things Disney. Stormi was wrapped in a Minnie Mouse blanket, were mouse ears and held a Minnie stuffed animal on the flight to Disney. Her mom was dressed in Gucci X Disney collection jeans and jacket, among many other outfits.

Kylie Jenner is also the CEO of Kyliecosmetics.  Inspired by her daughter’s birthday, this year she is launching a new make up collection. She decides to make her new Valentines collection part of the birthday celebration. 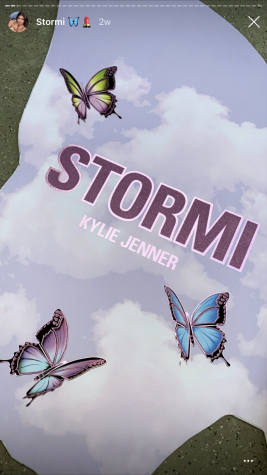 This is the PR package Kylie designed for the Stormi Collection. It is a big purple butterfly, with clouds and small butterflies all around.

Kylie says on her birthday post for Stormi on Instagram, “I think I’ve been waiting for this moment since the day I found out I was pregnant,” She has dedicated the entire collection to her daughter, and is super excited for the makeup industry to try it. The Stormi collection launches on February 1, 2020 which is, of course, Stormi’s second birthday.