The fires in Austrailia have caused mass destruction to homes and ecosystems. 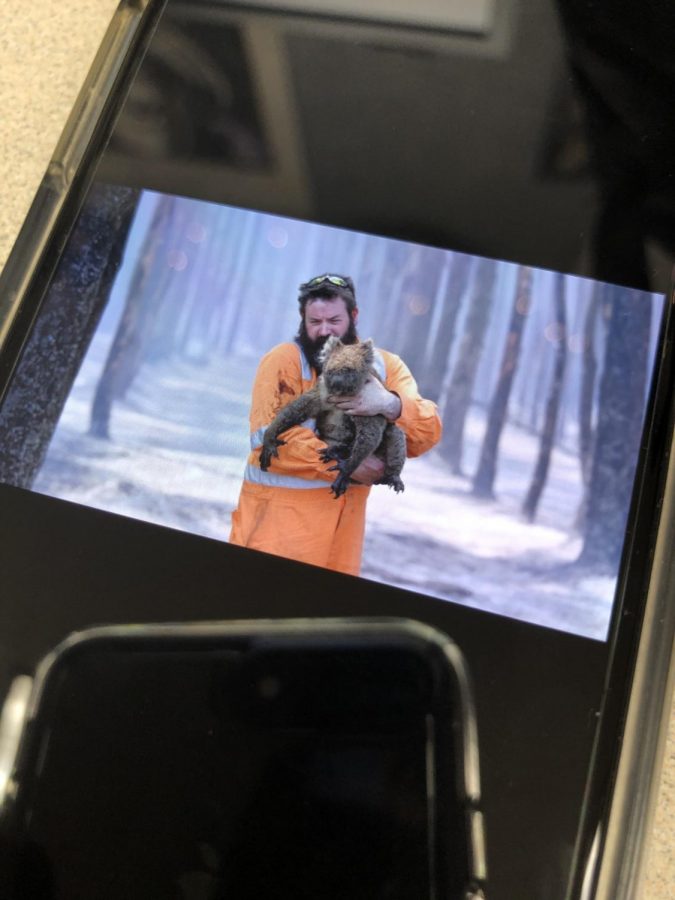 Firefighters try to put out the bushfires. 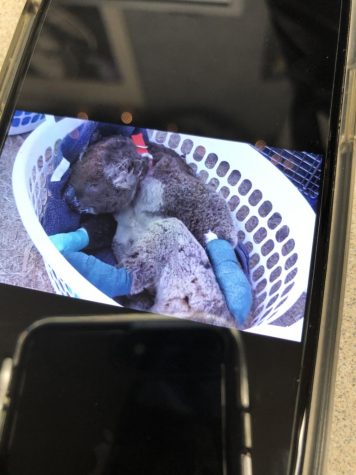 The fires are usually started by natural causes, made worse because Australia is a very hot and dry continent. Australia has fire seasons, but these bush fires were not caused by nature, they were caused by people. New South Wales police have taken legal action towards 183 people and have charged 24 people with starting these bushfires. Many have lost their homes to these bush fires and many people have fled their homes in fear. As a result, numerous Aussies are now homeless and need shelter. The fires have taken the lives of at least 25 people. In addition, at least 1.25 billion animals have died because of the fires and animals are sick and need care. Many koalas have lost their lives and have been recently labeled functionally extinct.

Australia has the slowest internet of any wealthy nation. It is very hard to communicate about the bushfires to Australia and the world. Most of Australia have lost internet access and phone service. Australia seems as if they do not have any kind of national emergency telecommunications plan. As the fire spread lost access their service, electricity, water supply and more.

To help with the cause, people are putting out little fires on their property while the firefighters battle the larger blazes. As the temperatures rise in Australia, the fires spread and caused the forest to start blackening and the ocean starts whitening. The oceans start to whiten when the temperatures reach a certain temperature in the water. The ocean whitening is the corals bleaching. Some corals are able to recover, but many are not able to recover from the harsh heat. Due to these temperatures, half of the Great Barrier Reef has died. The bush fires have destroyed 18 million acres of land 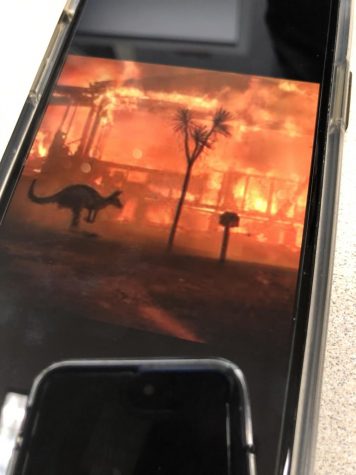 18.6 million hectares has been destroyed from the fires.

Jeff Bezos, founder of Amazon, has announced his company will donate $690,000 donation to bush fire effort. Kylie Jenner also donated $1 million to Australia bush fire relief. Kylie Jenner had posted a picture of her wearing fur slippers and immediately fans were backlashing at her for posting her fur slippers which cost $1,480 for one pair, while Australia is going through hard times. A couple days later Kylie had announced that she had been in the process of donating money to Australia. Kim Kardashian was also accused of not donating money to the cause. Kim was quick to respond that she did donate money to Australia. Chris Hemsworth also donated $1 million to Australia.

Lafayette student Mia Ansorge said, “It is devastating that this is currently happening right now. People and animals are losing their homes and lives to bush fires that people created.” Another student, Eddie Nunez, said,  “I am sad that many people are now homeless and many buildings were destroyed. I saw pictures of Koalas with casts on their paws because they burned their feet trying to escape the fires and it upsets me that people can be very cruel to have caused this.”