The Mandalorian season one was is a great show that is even better than the most recent Movies. 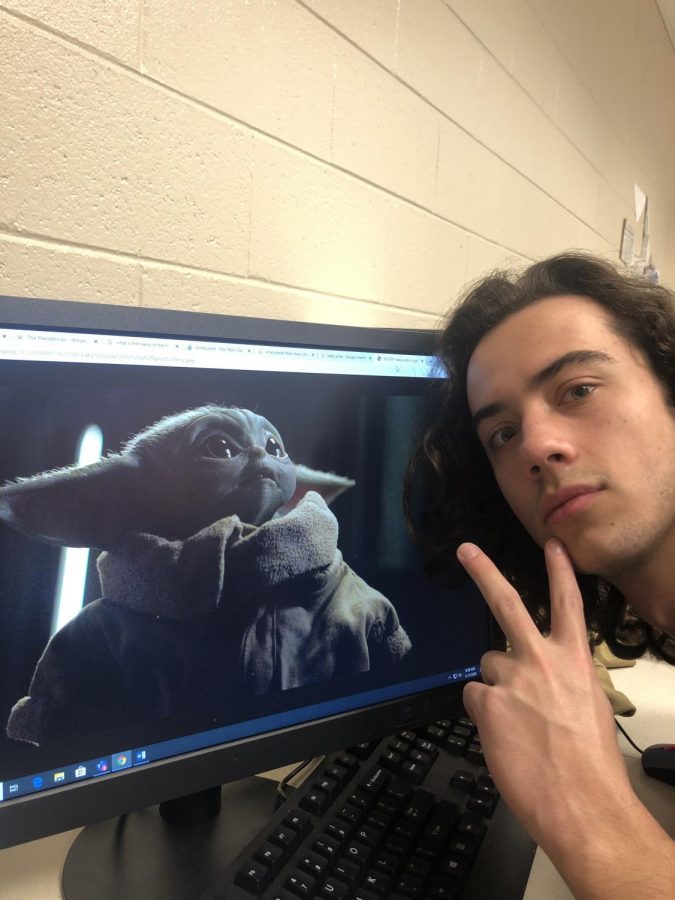 This is a Spoiler Review of the new Star Wars show The Mandalorian. 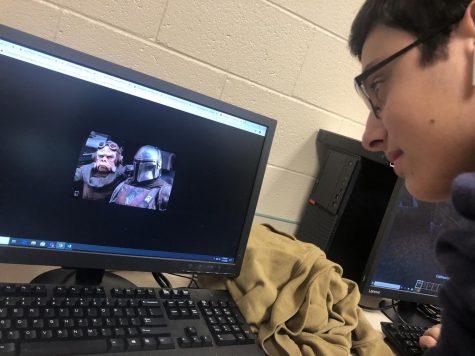 Nick Rizick, Lafayette Senior, said, “I didn’t like the show that much.  Its a little slow sometimes but the action scenes are still very good. Kuill was my favorite character by far.”

The Mandalorian is a Star Wars story directed by Dave Filoni about a bounty hunter who goes rouge when his bounty turns out to be the cutest thing in the galaxy. Mandalorian is a bounty hunter that is a part of the Bounty Hunters Guild and he makes a living off of finding and catching bounties. He is sent to catch a bounty with very little information about who or what it is. It turns out to be a little child. His bounty’s nickname is “Baby Yoda” a child that is the same race as Yoda was. His family is unknown but we do know that he is a force user. The Mandalorian becomes almost a parental figure to Baby Yoda and protects him wherever he goes. 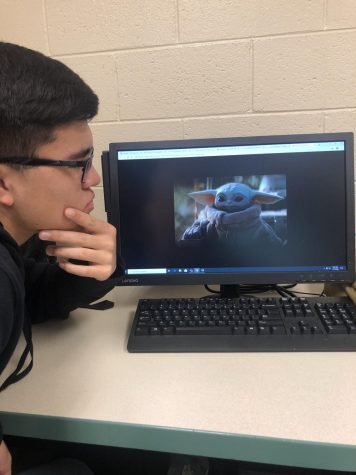 They Travel to several different planets in search of solitude so baby Yoda can be protected. Every episodes has various twists and turns and they all are interesting and at times they keep me on the edge of my seat. My least Favorite episode was Chapter 4: Sanctuary. In this episode Baby and The Mandolorian travel to the planet of Sorgon to try and hide from the bounty hunter trying to find them. They find a village that had been pillaged by raiders and than after some persuasion reluctantly agree to help the farmers defeat the Raiders. Mando and His new accomplice Cara dune accompanied by baby Yoda help train the soldiers from combat. This is where things start to get very unrealistic. We know that this is a fictional TV show and it is all unrealistic but this was a little too much and almost took me out of the world of Star Wars.

Mando and Cara take these farmers and turn them into warriors in a matter of  2 days.  Together they draw the raiders out of their camp and it turns out they have a huge AT-ST which is basically a huge tank! somehow they get it to fall in a hole and the farmer defeat the Raiders. This episode was just a little too cliche. At the beginning I thought that maybe something might go wrong but nothing does their plan goes perfectly and these barely trained farmers kill the raiders. It was a little too easy and it made the episode unbelievable and almost a little “cringy.” At the end it is made up for a little when a bounty hunter almost shoots baby Yoda which drives the point that they will never be safe on any planet. Even though that was my least favorite one the others make up for it with their intense action and betrayals. 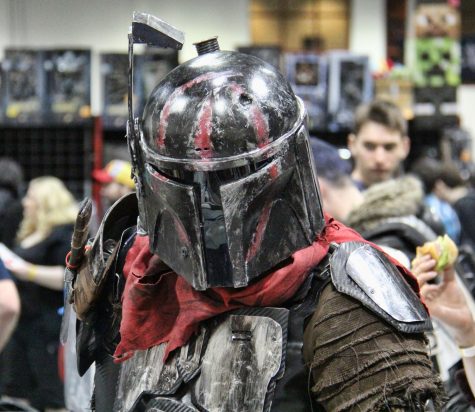 This is the same type of Mandalorian armor that Mando uses but there are a couple different features. Mainly the colors are different and he does not have a knife on his right shoulder.

One of my favorite episodes was the season finale Chapter 8: Redemption which you see the face of the Mandalorian. This was a great episode because it was a very emotional one. Kuill ,who was a part of the show since the beginning, dies trying to save baby Yoda. It is sad knowing that he will not be there for season 2 because he was one of the best characters on the show. He was the old wise man who steered Mando in the right direction of taking care of the child. They gave him a very honorable death and even a ceremony at the end of it. 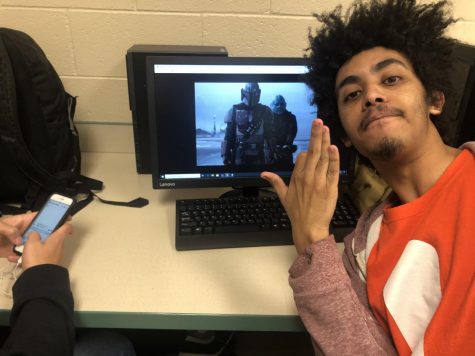 In an Interview with Mohamed Kahdrane he said “My favorite planet that was featured on The show was Tattooine just because it is always fun to see such an infamous place in the star wars universe. Chapter 5: The Gunslinger was also my favorite episode.

Another great episode was the the sixth episode “Chapter 6.” In this one you find a little bit of Mandos backstory and the people he used to work with and maybe even a relationship he once had. This was a great episode because it really put Mandos strengths on display. He takes out a bunch of security droids and eventually he takes out the people he was working with because they turned in him and tried to trap him in the cell. He is able to escape and trap every single one of them. Those were a few of my least favorite episodes and favorite episodes. Even though some episodes are not as good as other there is always good fun action that keeps you watching even if the story is a bit lacking. 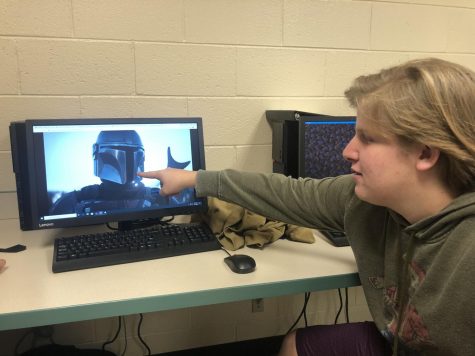 In an interview with Luke Clark he added some thoughts about what he thought about the first season of the Mandalorian he said ” I believe that the Mandalorian is one of the greatest pieces of star wars entertainment that has came out since the prequels.” I agree with this statement 100%. It is better than every movie of the new trilogy.

The show does a great job of making the Mandalorian look really strong and “Bad-ass”. They take this man who is quiet and seems like a stone cold killer and give him a soft side by introducing Baby Yoda. They create this father son/Daughter relationship. This relationship does not take away from the Mandalorians savagery though because he still kills a ton of people. Another thing i like about the Mandalorian is that it is much more brutal than the other Movies and TV Shows in the star wars universe. In the first episode somebody gets chopped in half by a blast door. This makes the show ten times better because the show becomes more tense. What is lacking in the most recent star wars is that the main characters are almost invincible they just do not die. You know they are not going to die so its not intense at all when they are in a battle because they are most likely going to live. The people they do kill off are just side characters that no one cares about. In the Mandalorian they kill people that you actually care about and that makes every fight sequence intense because you know someones life could be at stake. I also love the the scenery and just the way the show looks. Baby Yoda look very realistic and cute while the Mandalorian looks like a noble warrior with his chromed out Armour. 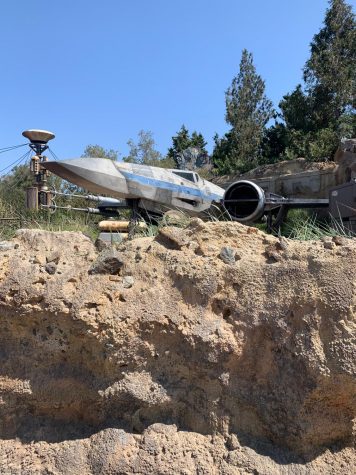 Characters like Moff Gideon who is the main bad guy of the last two episodes is very intimidating and has a very powerful presence about him. The set pieces are beautiful. The planets they go to are all different and their own special environments and types of people that live there.

The coolest planet that was featured on the show was the first planet Arvala-7. This planet is full of ice and what you do not know until the end is that there is a big sea serpent type monster lurking under the water because you see it jump out and eat a man then it tries to eat Mando’s ship. Overall i would give the show a 8/10 because it never fails to entertain and every episode has a different setting which is really nice to see. 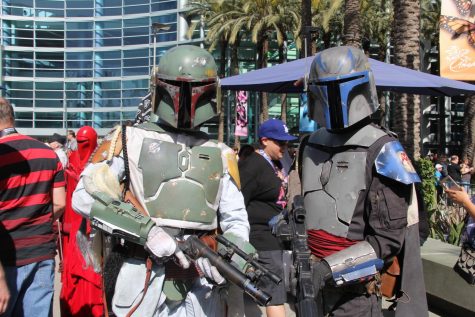 The armor on the left is the armor of the infamous Boba Fetts armor and the one on the right is actually the Mandalorians armor from the show. The grey pieces are more chrome instead of grey but besides that this cosplay piece is really impressive.