What was that? Sorry, I had my noise-cancellation Apple AirPod Pros on. 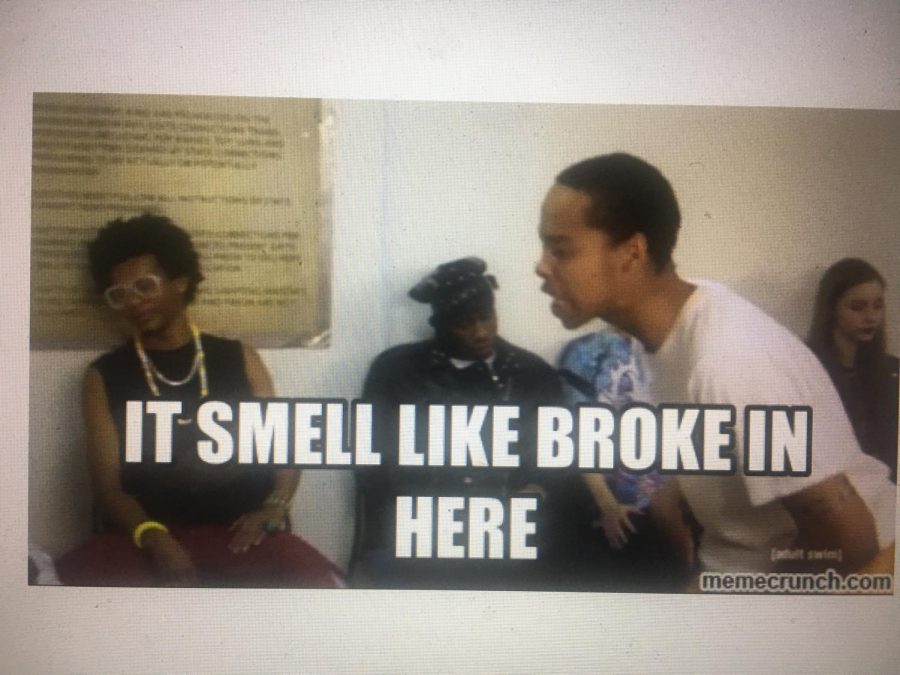 This was a funny meme that was passed around the internet and was especially viral on Twitter.

The original Apple Earbuds that inspired the AirPods. The Earbuds are known for always getting tangled up, which is one of the main features that was removed when making them wireless.

Wireless headphones, they’re old news. Wireless devices have been around for a little while now, but no company had successfully made wireless earbuds that were worth buying.

Not until Apple came out with the AirPods, of course.

Wired headphones are now a rare sight to see, as technology has advanced tremendously in recent years. There have been many wireless headphones in the market, but none compared to Apple’s, which were released on September 7, 2016.

The original AirPods, the ones that broke the internet. These are still the most popular wireless headphones, as they are amazing for the price.

The AirPods took the market by storm, and have been on top of the game for almost half of a decade now. At first, the public thought that wireless earbuds were just another waste of money. Why would you want wireless headphones when wired headphones are already easy to lose? The general public also thought they looked ugly too. But the AirPods have become one of Apple’s most popular hardware pieces. More and more people can now be seen wearing these devices.

There are still people who use wired headphones, such as Drew Ramos, future Randolph-Macon baseball player, who said, “Airpods are a waste of money, if anything I’m the smart one for not buying them.” 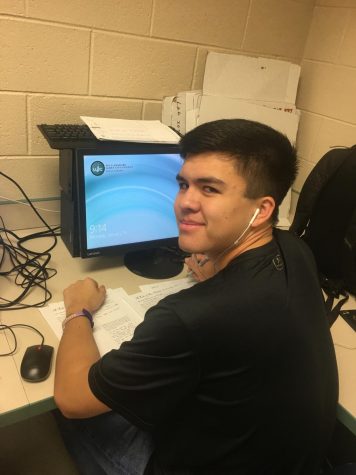 Mohammed KhadraneDrew Ramos, wearing wired headphones in 2020. He states it is because he wants to save money.

My experience in buying the AirPods was a long one, including several months of waiting. I wanted to buy the regular AirPods, but I had a gut feeling that they could come out with a new product, as Apple is known for creating newer versions of devices very frequently.  After a couple of weeks, as I suspected, Apple announced the AirPod Pros. They sold out within a couple hours of being released. They were unavailable on all websites for multiple weeks, leaving many people, including me, back in the waiting game. Waiting for so long finally paid off, however, when I suddenly was able to order them. 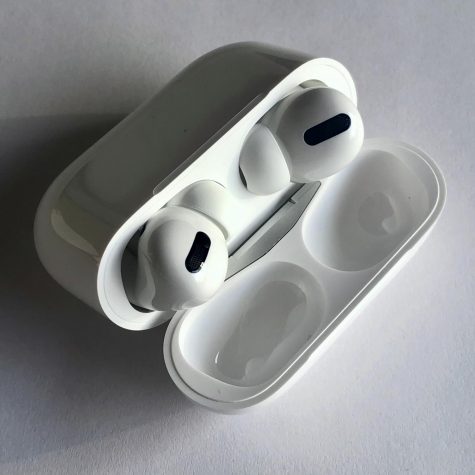 The AirPods Pro, with the headphones inside the wireless case. Apple took a new approach in the look of the case and went horizontal.

The original AirPods had a soft upgrade with the AirPods 2, earlier this year, with a upgraded chip and wireless charging. The Apple AirPod Pros are the first massive upgrade in the line up. The Pros have many additional features that come with them, such as noise-cancellation and transparency mode. They allow users to block out all sounds coming from outside of the AirPods, creating a peaceful or exciting environment depending on how people want to use them. With either the tap and hold of a button or one voice command, transparency mode can be turned on. This allows people to hear through the AirPod Pros, making this device perfect for multitasking.

The original AirPods are very common now, since they have been out for three years. There have been over 10 million copies of original AirPods sold, and they are known to be a huge “flex” towards your friends, meaning that many people brag about having these devices. If you didn’t own AirPods, owners of these would often call you, “broke.” Ironically, the original AirPods now stand at only $150 dollars, while the AirPod Pros come in at a whooping $250 dollars. Many people now use the AirPod Pros to brag to their friends, allowing them to have an even greater “flex.” The price might seem outrageous, but they are already sold out in almost every retailer, again. People stay up until 3 in the morning just to get a notification that the AirPod Pros are back on sale to buy them on the spot, before they sell out of stock again. Lafayette senior Matt Robillard, who had the chance of getting the Pros for Christmas, decided to get the regular AirPods, as he believes that the Pros are ugly. 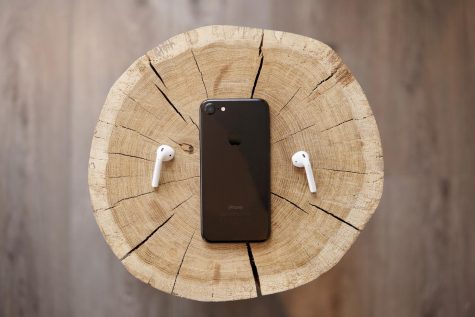 The Apple brand is expanding every year, becoming more dominant in every type of technology. 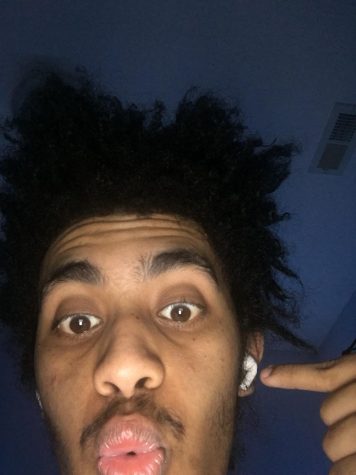 Mohammed KhadraneAfter two short weeks with the AirPod Pros, they still fit in perfectly, as if they were new.

After two weeks with the AirPods Pro, here are my thoughts: they are revolutionary and they are worth the hype. Although my wallet did not like the $250 price tag at the moment, they will be a long-term success for me. They have the perfect fit on my ear, because of their new ear-tips and they feel like nothing! They have been the best headphones that I have used ever! They are very durable too, I have dropped them both at work and at school, with no wear and tear to either the case nor the headphones! They also make me look rich! Darren Agapay, a National Honor Society member, said that “The normal AirPods are kinda wack now, I look broke! I need the new AirPods.” Believe in the hype of the AirPods.

Mohammed KhadraneDarren Agapay, using his new AirPod Pros to distract himself from the noise in McDonald’s.

The hype around these items has caused for massive sales, but also slight disappointments. Some people who decided to spend the $250 on this new technology with the AirPod Pros feel that they didn’t receive enough of an upgrade compared to the first AirPods. The general audience believe that the AirPod Pros are great for people who want to get into the wireless headphone game, but not so much so for the people who already have regular AirPods. Apple will promise big upgrades and bump up the price on the next AirPods, but they will always aim to gain a wider audience for their product. Maybe voice commands will be changed, or something else that doesn’t seem drastic enough to spend extra money to buy for users who already have the AirPod Pros or original AirPods, or maybe we will see more technological breakthroughs that will allow Apple to create even more hype around their new product. The future of these wireless earbuds is unknown, but while they are still new, AirPod Pros owners will continue to “flex” their beloved device.