The Fight for Peace in Hong Kong

The people of Hong Kong are in a battle for basic human rights, including their right to protest. There is uncertain hope for peace within the city streets. 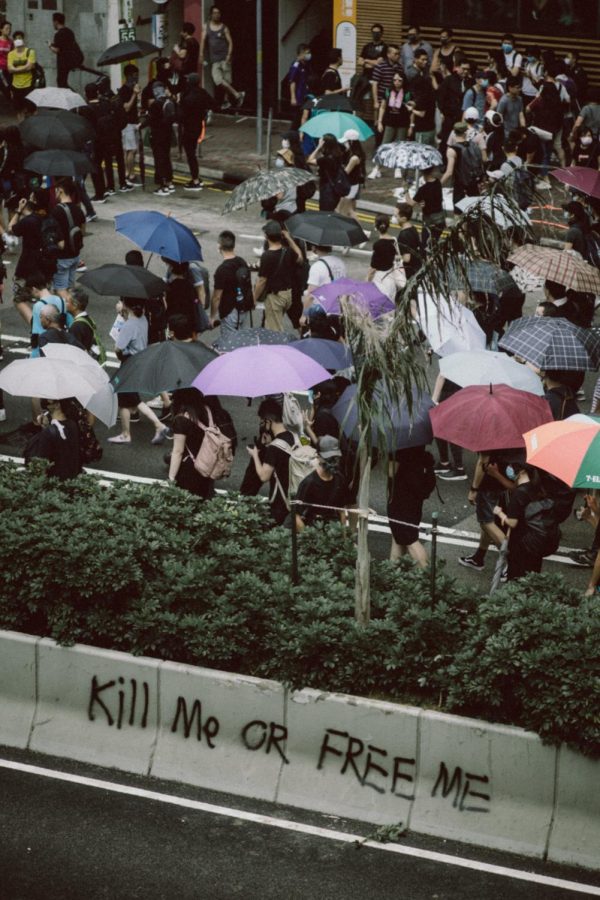 A chilling image of the pure emotion of how the protesters feel about what they're doing. That they would rather die then not take a stand for what they believe in.

Currently Hong Kong is going through one of its biggest crises in decades. Protests in the Hong Kong erupted last March when the Fugitive Offenders amendment bill surfaced which would have allowed the extradition of criminal fugitives who are in territories that the city doesn’t have trade agreements with. This made the citizens of Hong Kong uneasy that there was a possibility they would be under the same jurisdiction as mainland China. The people began protesting the bill and it sparked the police in a frenzy. Protestors gave the government demands and the cities government constantly refused, this created the steady tug-of-war that the citizens and government is still in today. 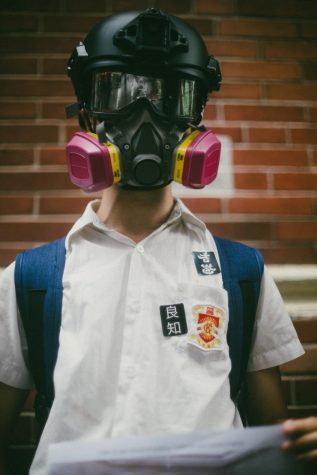 A young man wearing a gas mask because of the toxic fumes in the air shows how dangerous and sad the problem is getting especially how damaging it is to the environment. 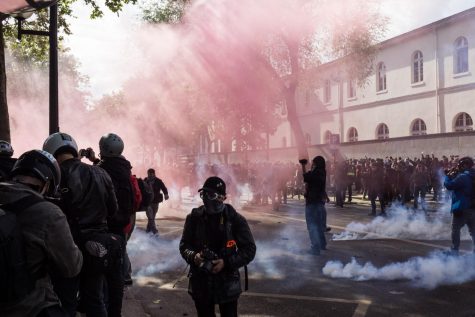 Citizens of Hong Kong in the streets are being consumed by teargas as they protest for their rights.

On November 20th, Washington passed the Human Rights and Democracy Act. This resolution was passed in an effort to check the government of Hong Kong to make sure they are not going “too far” in their actions against protesters. However, this new legislation could create major conflict with trade between China and the United States. China’s response was a very grim warning that if  there is further involvement in their affairs there will be consequences. Furthermore, the government has suspended U.S. Navy visits to Hong Kong due to the official position of the US in support of the democratic protests.

This isn’t the first time China has punished the U.S. for its position in favor of human rights and democratic protests.  They have suspended naval access in various cases in the past, under similar circumstances.

Protesters have recently been seen waving the American flag and holding signs thanking our government for their support in protesting for their rights. Spokespersons for the Chinese Foreign Ministry are making claims that many of these democratic groups and the United States are responsible for how the people are reacting and responding.

The U.S. has an historic record of being willing to step in when people’s basic human rights are being abused or violated. In an opinion piece in the South China Morning Post, Bernard Chan stated that “Hong Kong democrats must not make the city a pawn in the U.S. – China power struggle.” In other words, the US is warned that backing the protesters is a very risky move while China’s government is on unstable ground.

Hong Kong has been under the “one country two-systems” rule for quite some time. This means that, from an economic stand point, Hong Kong is governed by a separate and independent government. Thus Hong Kong is an autonomous and sovereign  political entity, which the Chinese leadership has long sought to end. This has resulted in tricky international politics affecting economic policies, such as when the United States imposes tariffs on trade with China but not Hong Kong. However, just because Hong Kong’s government receives this treatment doesn’t mean that it’s doing much better than China’s government with regard to human rights and progress toward democracy, and if the city were to lose this special treatment under US policy, it could also affect China. 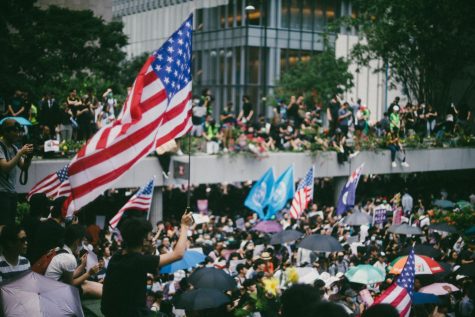 Protesters are being seen by the world waving the American flag, a symbol of true freedom and democracy. After President Trump signed a bill supporting their movement the people of the city are empowered.

Hong Kong’s citizens are now extremely fearful of the amount of teargas are using, which could cause teargas poisoning. A woman even claimed that she was terrified to let her children out of her home because the number of children getting rashes and sick from all the teargas in the air. A well known group called The Hong Kong Mothers claimed they had multiple complaints from mothers of sick children with similar symptoms linked to the teargas, and the group is urging the government to release the chemical composition of the gas. There have also been reports of dead birds in areas where the gas was heavily used.

The city’s government claims that major issues or environmental problems are not linked to using the gas. They are furthermore refusing to release the composition of the gas because they claim that is compromising their abilities for effectiveness. Many citizens fear that there could be dioxins in the gas, which is severely harmful to any living thing as well as the environment. This has added yet another issue to the growing list causing acrimony between citizens and government, and lending increased momentum to the protesters’ cause.

In an effort to use social media to their advantage during this conflict, several senior Chinese diplomats have joined twitter. This puts a new spin on the way the people see the government by giving them a different way of seeing into the government itself. Multiple Chinese ambassadors have tweeted about several countries, including the United States. 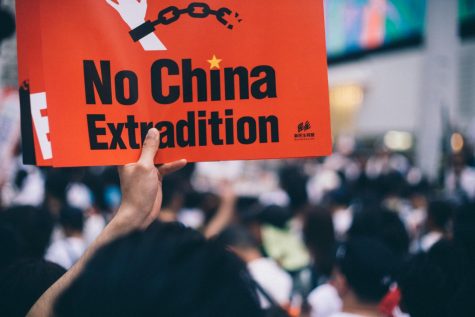 A sign made by protesters shows a chain being snapped symbolizing the freedom that Hong Kong is fighting for. Which is what the cities people want but with the government wanting to slowly develop into China this creates a problem.

The latest article is showing that on December 7th Hong Kong police are allowing the people to have a planned Human Rights Day rally on Sunday, December 8th.  This is a very big step for pro-democracy protesters.  It appears to be an indication of relations between government and protesters moving in the right direction: by working with the police on peaceful compromises, the risk of casualty-heavy conflicts and confrontations is significantly decreased.

The Civil Human Rights Front group began the protests, and is now openly leading the participants. CHRF is dedicated to Hong Kong politics and the city itself. Many smaller groups have joined the organization over time, and today it is more active than ever.  With over forty-eight different groups involved,  the organization is a force to be reckoned with. For people worldwide, the issues in Hong Kong should be considered and reflected upon, debated among citizens and governments, and recognized as a fight for civility and peace.